I recently worked with DC and Rocksteady games to produce a cover for a special edition comic that will come with the Arkham Knight Collectors Edition next June.  IGN broke the news today.

Here's a look at the cover!! This was one of my favorite jobs of all time. 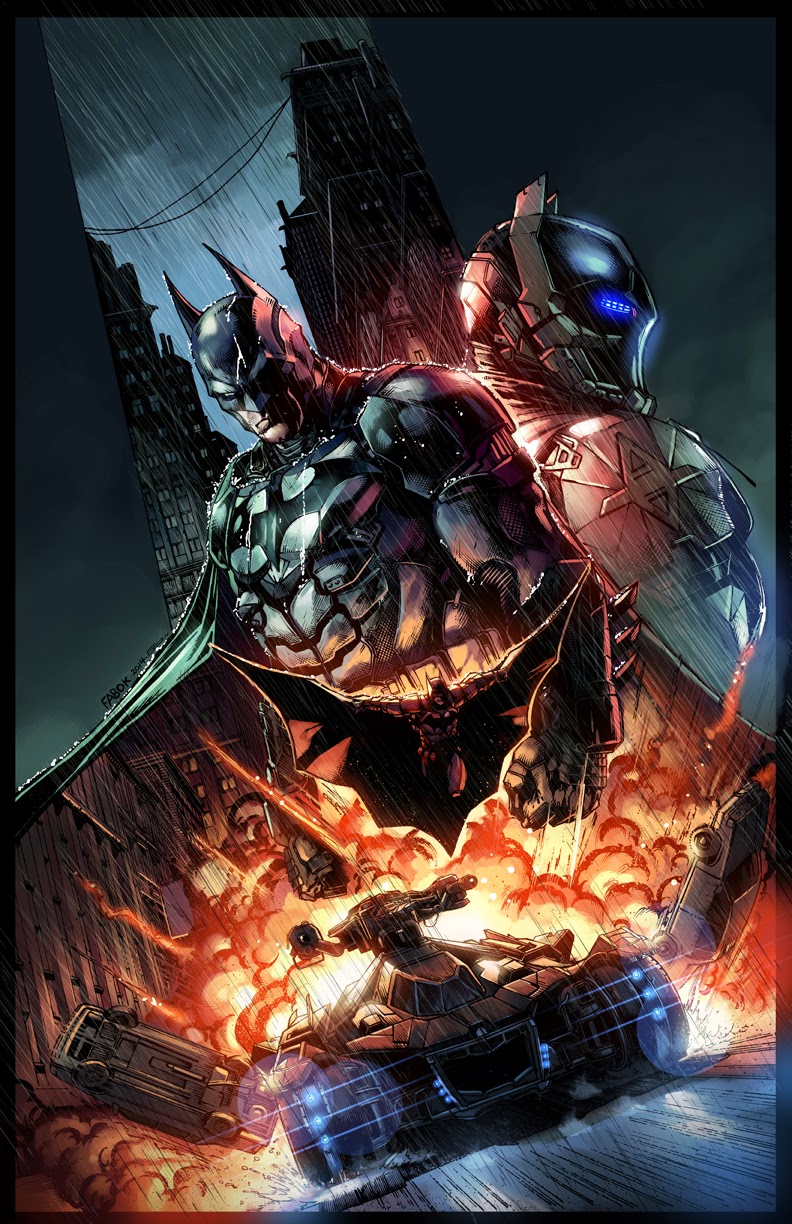 Pencils and inks by myself and colors by Emilio Lopez

The idea was simple, show Batman, Arkham Knight (the character) and the new Batmobile. 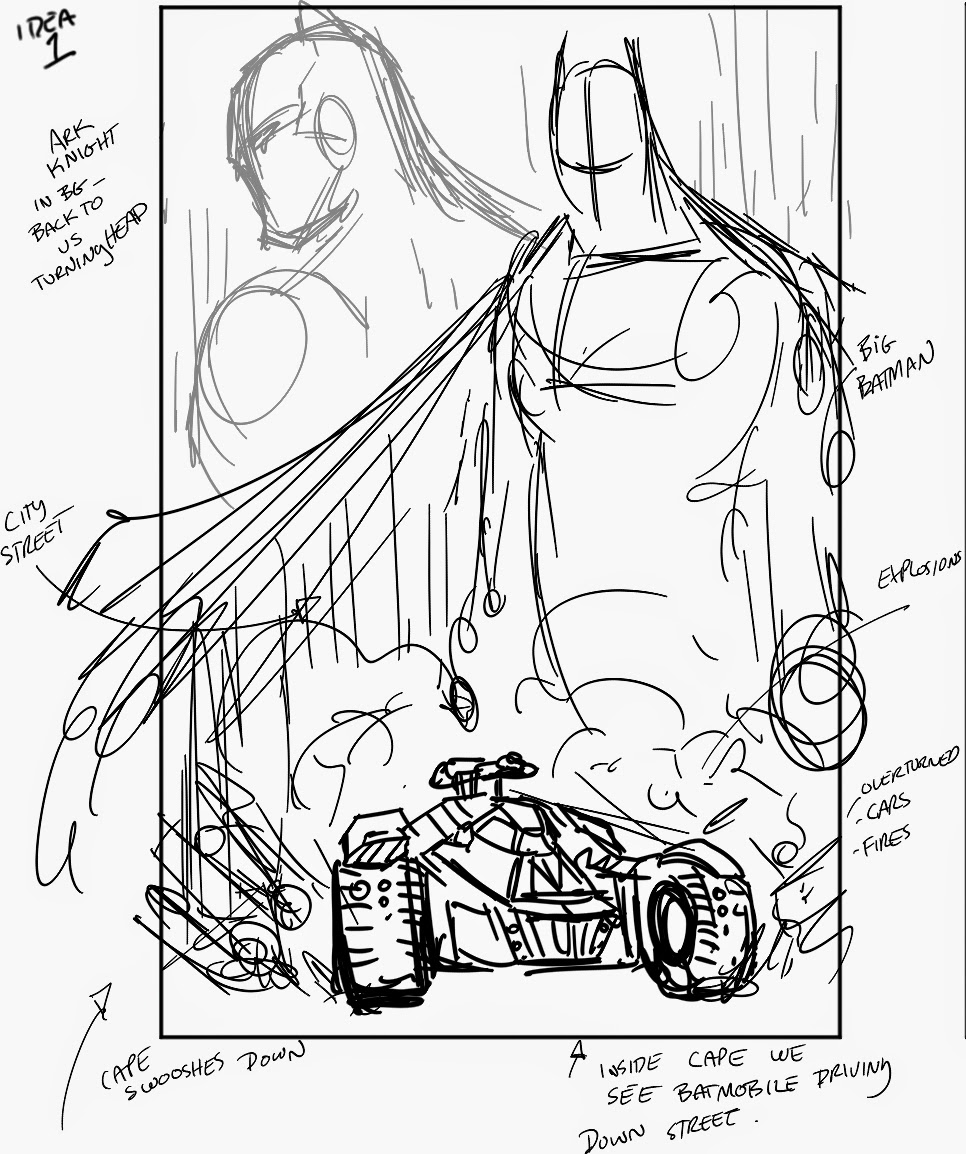 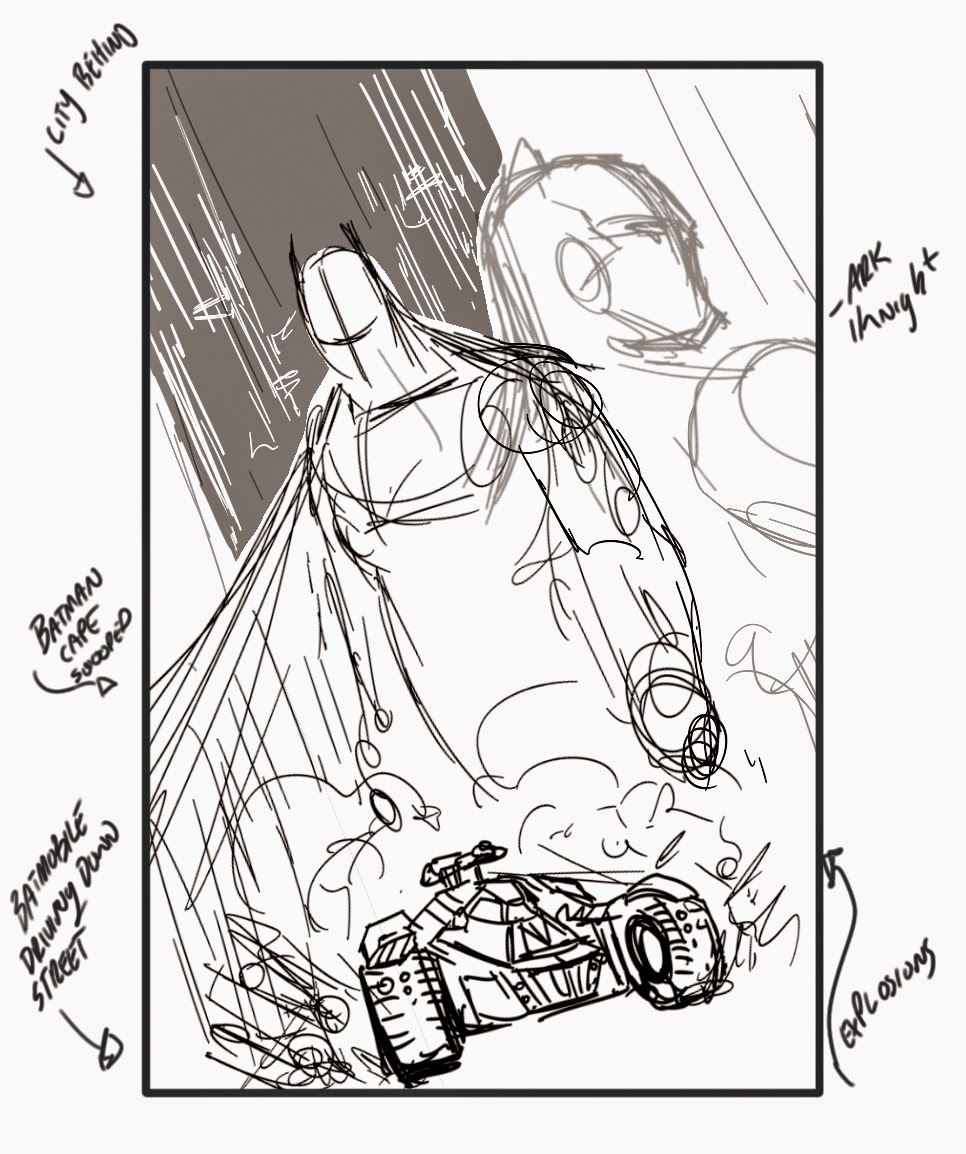 I decided to flip Batman and Arkham Knight and angle the image.  The city would only appear in the dark area above Batman 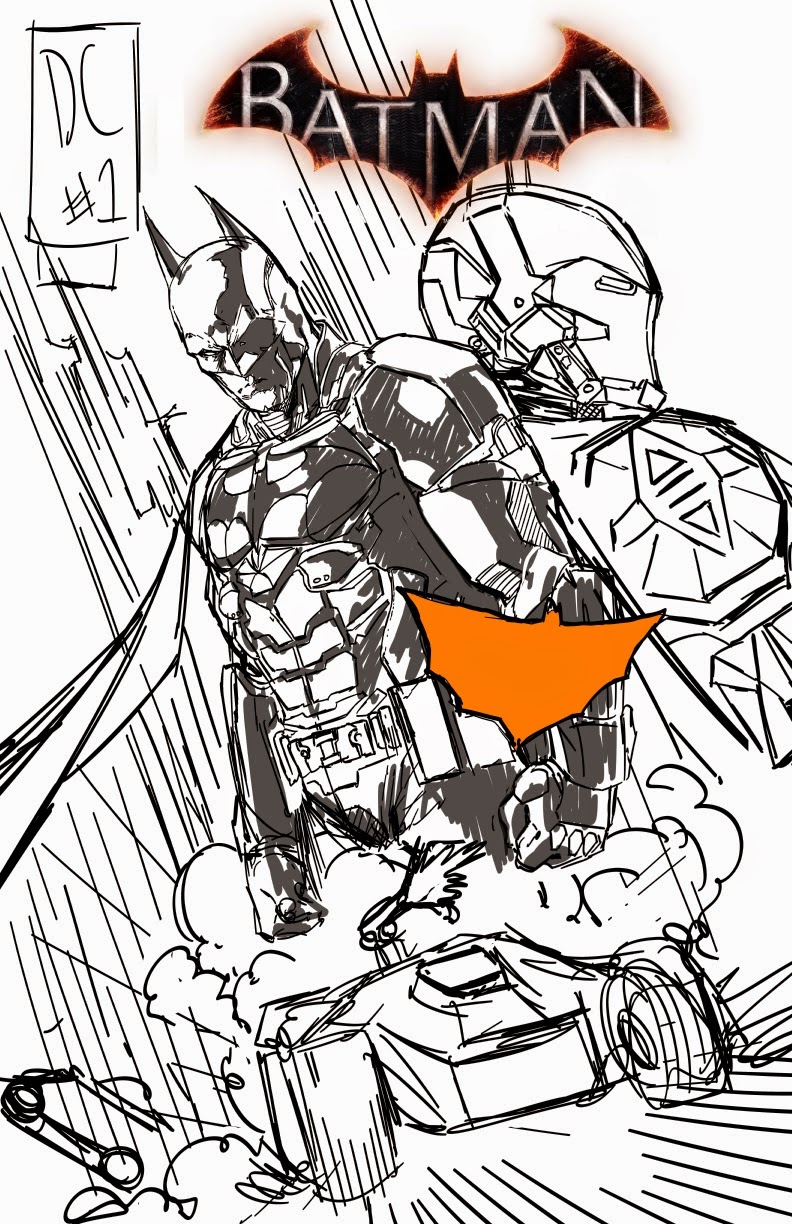 I then did a tighter layout.  We decided to add Batman gliding out of the Batmobile, like you can do in the game. 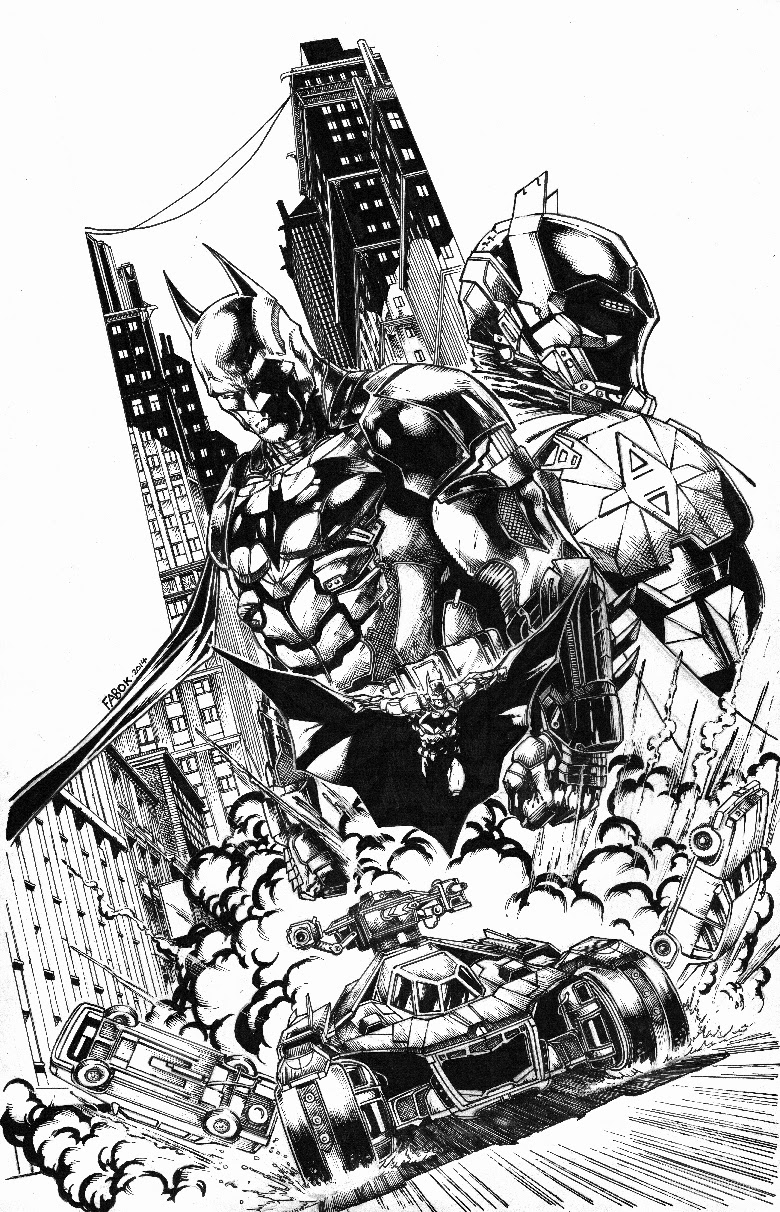 I drew the image on 11x17 board after printing ou my layout in blue line. 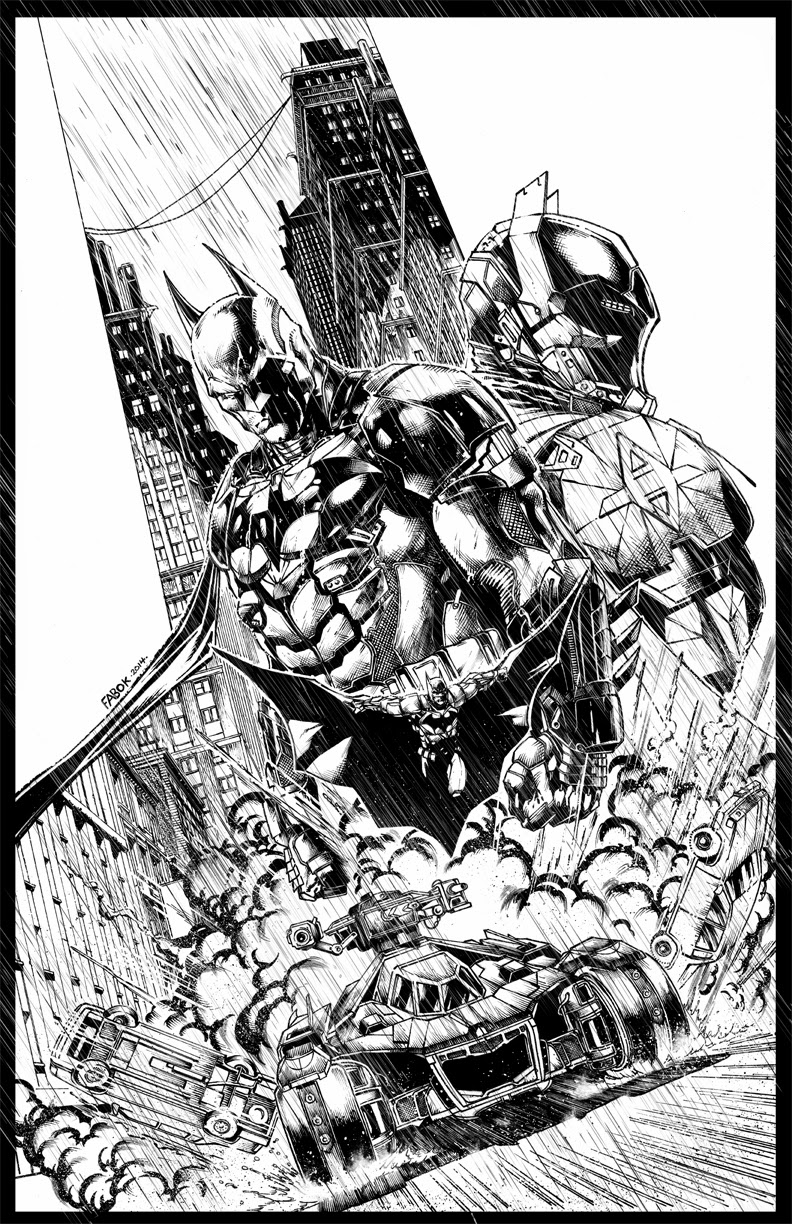 Did some digital tweaks and added in rain.  But then some changed were made...I accidentally drew the gun on top backwards 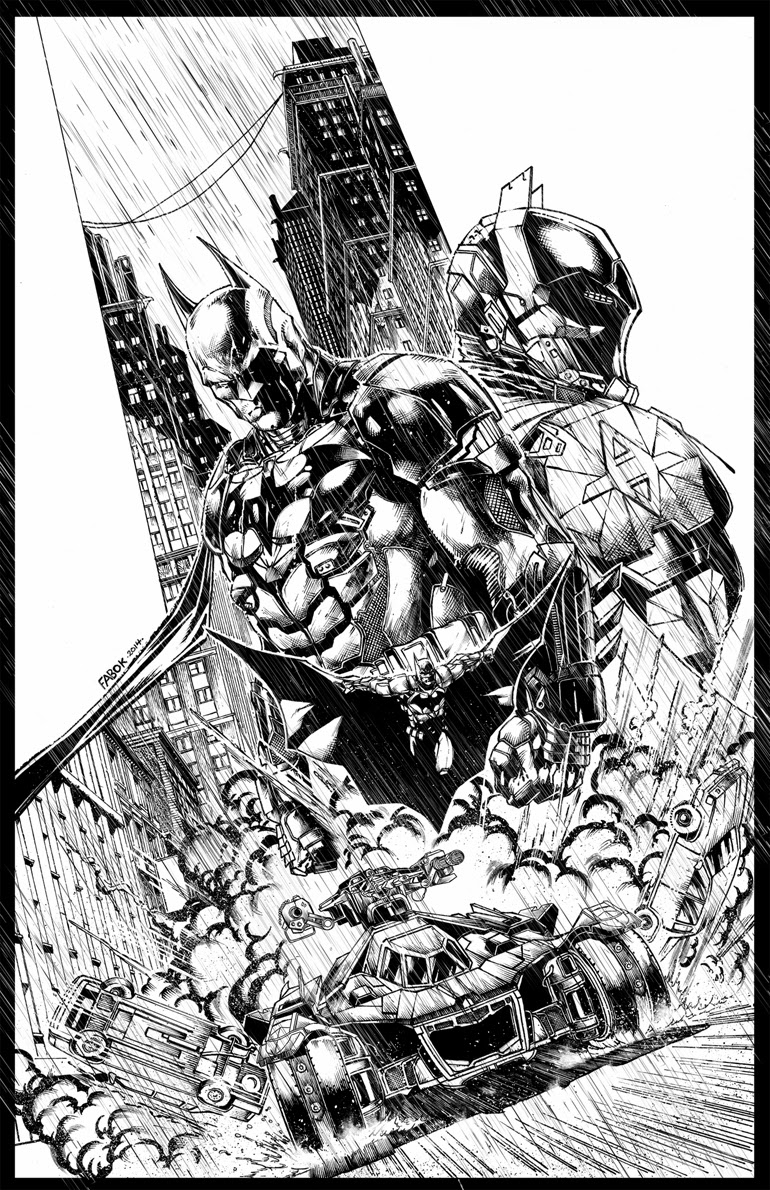 Changed the gun and fenders to match the model more correctly digitally.

Easily one of my all time fav covers!  Turned out amazing!

wow, i just love how you work, learning a lot of things about process. thanks

Thanks for showing your process. I always like seeing what goes into the a cover.

Brilliant cover. Thanks a lot for showing the process. It helps people like me tremendously!