I may have announced this before with the original date of February 6th, but the date has been changed to February 20th.

At Cartoon Kingdom in Windsor, Ontario, Canada, David Finch, Jeff Lemire, Johnny Desjardins, Tony Gray and Myself will be signing books and meeting fans from 4pm til 10pm.

You can find all the info here, on the event facebook page

If you are attending, I'd suggest arriving early.  Last year when a signing happened for David Finch, the place was packed and people were waiting quite a long time.  This will be a big event.

Justice League of America #1 will be released that day as well as copies of Jeff's Green Arrow and Detective Comics 17.  We will also have a special lithograph for sale for charity as well as all sorts of goodies, original art ect.

See you all there!!
JAY

Started with a quick layout.  You can see here that originally I was going to have the Merry Maker with his hands up, but decided against it on the final. 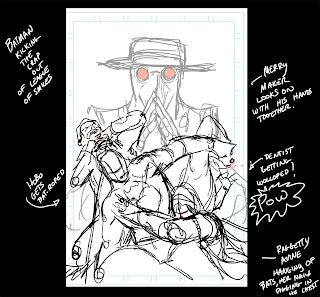 The pencils originally didn't have a background.  It was simply going to be black.  But in the inking stage I ended up using a giant clock in the background hinting that "Time is against Batman".  Plus I like the imagery of a clock.  I ended up adding it into the pencils with my light table after to complete the pencils. 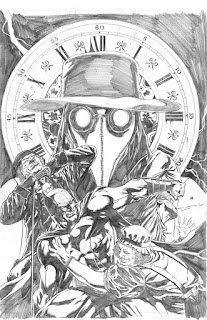 Digital inks. I recall that I whipped this out very quickly.  Think it turned out great. 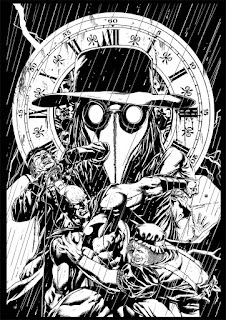 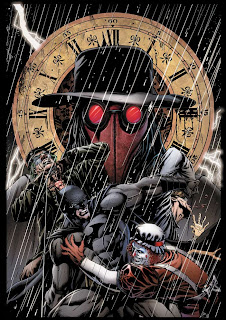 Detective Comics Issue 16 is out!! Reviews!

Detective Comics 16 was released yesturday.  This was an issue I was very happy with in the end.  John Layman wrote a great and tragic script and I really felt he took the whole "tie-in" issue to another level.  We didnt go for the cheap gag of simply having Joker running around doing his thing but focused on how the Joker attracts the wicked people living everyday lives. Read the book and see what I mean.

Here are some nice reviews that came in yesturday, as well as some inks!  Enjoy! 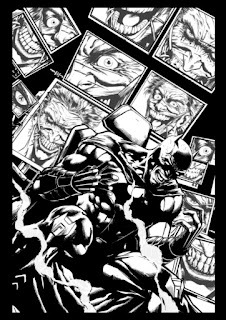 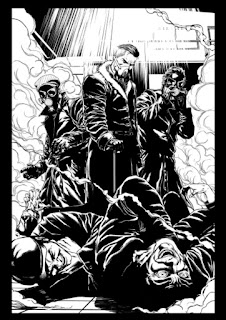 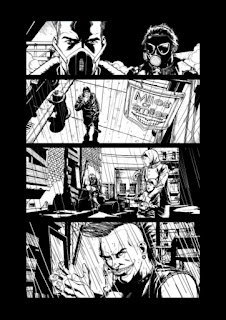 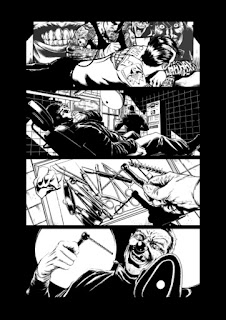 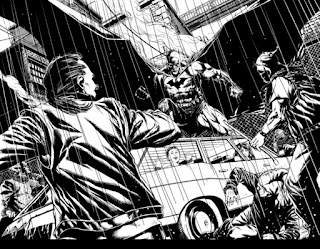 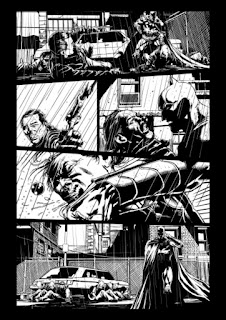 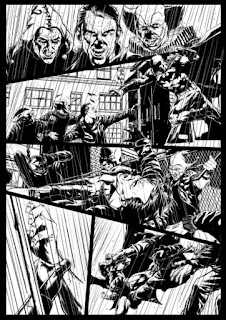