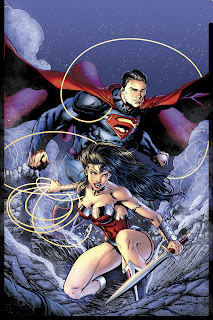 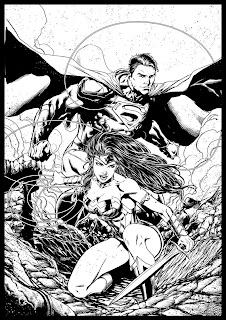 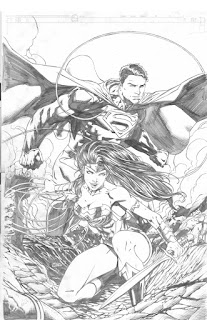 This is the variant for Justice League issue 14.  The description I was given was that I had to have Superman and Wonder Woman ready for battle, but flirting with each other. This is a tougher job than it seems. Sadly, I had so much on my plate that this cover was a little rushed and I didn't feel as confident in how it turned out in the end.  There are lots of things I'd change now looking back, but it's always good to learn from your mistakes and then work hard to fix them in the future. Alex Sinclair did some mighty sweet colors on this cover though.
Pencils are for sale

Layouts and some more pages from Detective 13! 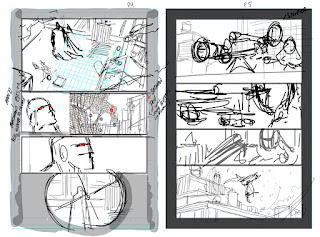 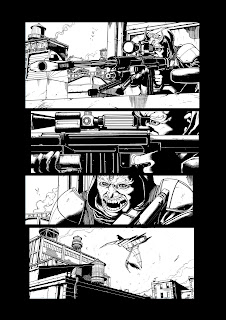 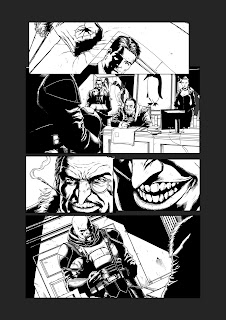 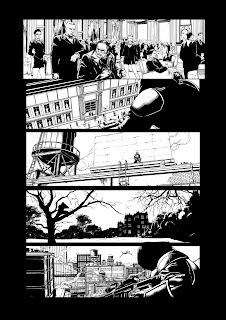 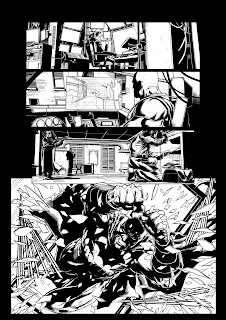 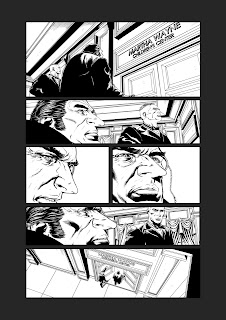 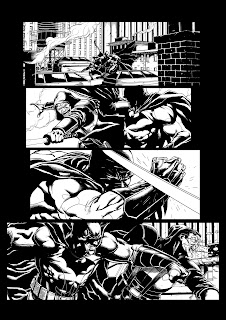 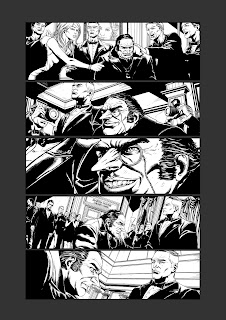 Detective Comics hit with a bang on Wednesday and John Layman and Myself have been very happy with the response from reviewers, but MORE importantly, the fans themselves!  Here are some of the reviews that hit the web that caught my attention:

Newsarama had a nice little blurb to say:

"Chew creator John Layman takes over Detective Comics, delivering an action-packed issue, driven by an intriguing plot, a strong script, great dialogue, and some insightful character work. Bruce Wayne and Batman's lives cross paths as the Penguin makes a move to seize control of Gotham aristocracy. The issue is well paced, filled with smart plot developments and packs a powerful cliffhanger ending that will guarantee fans will come back for more. Jason Fabok provides the visuals, with dynamic linework and tight inking, highlighted by great model work and facial expressions, and utilizing a slew of interesting perspectives and camera angles. This is everything you could want in a Batman comic and more, the best issue of Detective Comics in years."

But my favorite was this little forum post on a CBR forum topic from poster Retro315:

"Good issue. Bruce's gallows humor wasn't just a one-scene deal, his sarcasm, sense of irony and timing were the highlights of the issue, as well as his interaction with Nightwing over the phone which had Dick being as irreverent as ever and occupying the wonderful role of "the only guy in the world not in the slightest afraid of Batman".

Penguin having true motivation was very welcome and Fabok's depiction of him was the sort I prefer - far more human, less grotesque. It wasn't exactly what I'd choose but it was loads better than what we usually get. Layman truly follows through with the promise of kind of introducing us to the "people who orbit the personalities" of Gotham's underworld, as Penguin's affiliates are explored, as well as his style of crime, how he keeps Batman occupied and how he is not just a Batman villain but a reflection of Bruce Wayne (first time in a LONG time anyone has really used that aspect of him).

Fabok has quickly moved to the top of the heap. Here's a guy who certainly comes from the same school as your Finch and Daniel (The Jim Lee school, basically), but who never leaves thing looking scratchy, who really puts his time into a clean line and looks like he researches the hell out of where shadows fall for that "Film Noir/Detective Pulp" vibe. But he doesn't overkill himself or his deadlines with it - some of the dynamic angles (that shot of Batman, his shadow and a bunch of laid out hoodlums on a rooftop sticks in my mind) are more of the cartoonist strength, where Batman's shadow is important to the image but frankly all the myriad little "realistic" bits of shadow and highlight are less important and therefore the linework is left clean and not overpowered.

So Fabok's a pretty great get, here. He's got a real strong grasp of not just anatomy but different anatomies and facial shapes (although I found the Hospital Exec guy to be kind of oddly grotesque, especially near Penguin), and the fact that I can see a few shifty perspectives affecting anatomy here indicates to me not that he's got a bad eye, but that he won't drive himself crazy on every panel to meet deadlines, he works quickly, and what looks to be confidently, and moves on.

Pretty much my only gripe is that Penguin didn't drop any trademark "Waughs" or slight bird noises. I find that some of those Golden Age quirks, used sparingly help keep a consistency to a character, add a little eccentricity that makes them more memorable (and likable). Not the end of the world, but I like my Bat-Rogues to keep just a little bit of the camp."

Now that is a great critique from a fan who understands art and storytelling.  Looking forward to showcasing some of the line art once people have had a chance to get the book.  But just for kicks, I'll post the line art for the first few pages here for you to see as a bonus!!!  Thanks all for the strong support and belief that we could do a great new story! 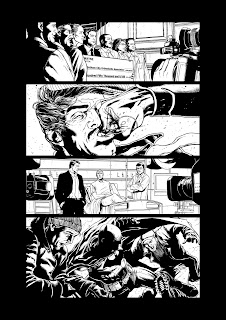 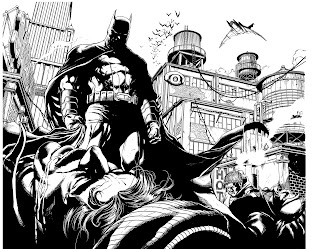 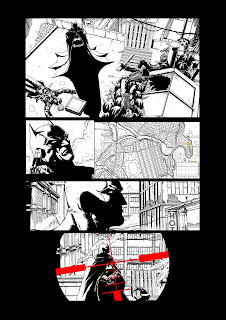 The time has come!  Issue 13 of Detective Comics written by John Layman (Chew) and illustrated by myself with colors by Jeromy Cox hits shelves tomorrow!  Make sure you grab a copy! 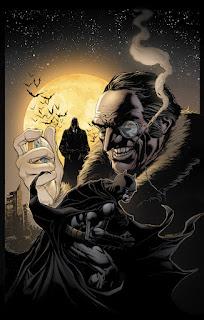 Also, here are a few links to some interviews online about the book:
John Layman's interview with USA Today
Also here is a quote from myself for an interview I did with Project Fanboy:
TZ:What do hope fans will take away from your run on the book?

JF: "John and I really want to make sure these books are accessible to a large volume of readers. To me, these stories feel a lot like the Batman: The Animated Series episodes I grew up with as a kid and that’s what I’ve always wanted to work on with Batman.

The first issue is really just a intro to the story as a whole. It’s a fun, race against time issue featuring some cool gadgets, some great action and introduces some of the characters in the plot. From there, things start to ramp up and lead into some great “Layman-esque” stories starting in 14.

Each issue has its own story, it’s own core mystery that Batman must solve, but each part plays into a larger tale. Every issue I get from John really makes me want to ramp things up. I hope that fans will give us a try with issue 13, 14 and 15 because John really has some killer stories brewing in his head."

Hope you all enjoy the first issue and continue to see what we have in store as we ramp up the series in the coming months!