I'm heading out to Wondercon this weekend in San Francisco.  I'll be there Friday and Saturday only.   Come on out and say hi,  get a sketch and chat!  I'll be at the Aspen Comics booth.
No comments:

Not Available for Commissions

Hello everyone.  I'm posting this to let everyone know I am not going to available for commissions from now until the fall.  With recent additions to my busy schedule I am not going to be able to get to any for a long, long time.  You'll understand when some more news is brought to light.  Anyone who was expecting commission work in April, I am sorry.  If you can find me at Wondercon, Motor-City Comicon, or San Diego Comicon, I will be doing sketches there.

If you want some of my art, make sure to check out my store on comicartfans.com

Thanks,
JAY
No comments:

I've been receiving many messages about people who would like to purchase original art by myself.  You can now head over to comicartfans.com and see which pieces are for sale.  As books come out, I will update this blog and that site.

Head on over and check things out.  All prices are negotiable as well!

Hey everyone!  Issue 0 of my Soulfire run for Aspen is now out and in stores.  It's a very cool feeling to see your work published and on store shelves.  It also is humbling to see how far your art can come in only a few months.  Here are some pencils from that book.

I will also be attending C2E2 this year and you can find me at the Aspen Booth.  I'll be doing sketches/commissions and signing books!  Bring your Soulfire, Untold Tales of Blackest Night, and Teen Titans Cold Case books out!! There will also be a con exclusive #0 cover which features an old sketch I did for concept design on Soulfire. 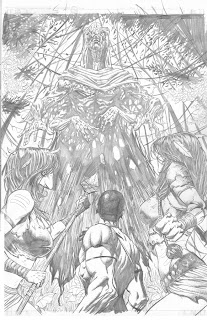 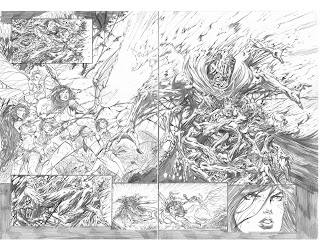 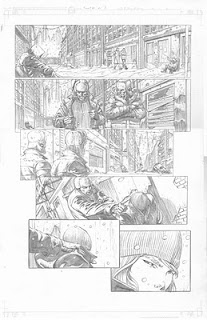 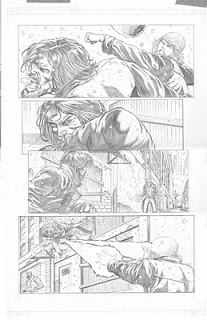 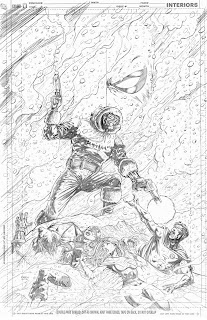 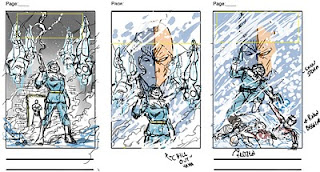 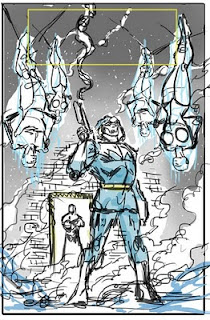 This was my first DC cover and I thought I'd talk a little bit on how I got the gig and the process I went through to create it.  Right after I did the Animal Man story in Untold Tales of Blackest Night (Around October) I was offered the chance to do my first DC cover.  It was described to me as "Captain Cold standing by the frozen bodies of the Teen Titans, specifically Cyborg, Tim Drake Robin, Ravager and Wondergirl."
There were a few different layouts that I went through to get at this one.  I really liked the one of Captain Cold standing tough with the Teen Titans frozen in ice, but in the end it was decided that my third layout was the one to go for.  They also wanted Deathstroke in the background in some way.  I thought it would be cool to have his face hidden in the snow.
Ryan Winn inked the line art and it turned out great (sorry I don't have the inked file).  Ryan is such a great inker.  I met him through Dave Finch and was lucky enough to have Ryan ink my work on Untold Tales of Blackest Night.  With Soulfire, the work is going from straight pencils to colors.  Mark Roslan is doing some great digital inks of my work, but I know myself and how I draw and I need an inker.  Im not a clean line artist like Gary Frank or those guys.  Im interested in seeing how the soulfire pages turn out.  Im looking forward to working with Ryan again in the future.
Also, did I mention the interior art was done by Sean Murphy?  The guy is amazing!  Check out Joe the Barbarian and be amazed! 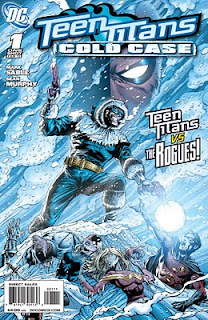 Here are the colored versions of the Soulfire covers I posted the other day.  Also, Check out Mark Roslan's digital inks on my issue 2 cover. 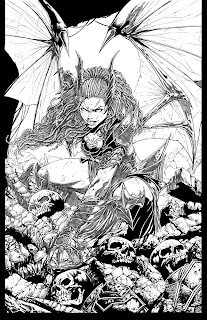 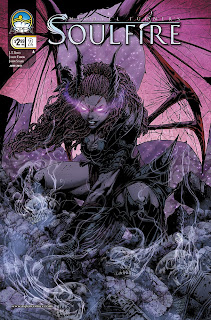 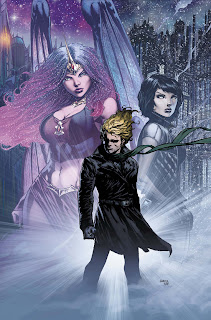 And  here are some pencils from the pages previewed online for issue 0. 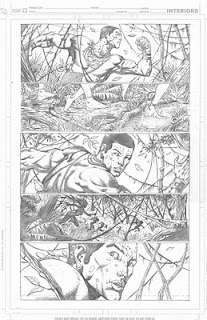 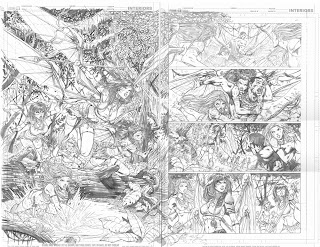 It's interesting to see these pages colored and soon to be in a book.  I did these last fall, before I had done the work on Untold Tales of Blackest Night.  When I look at the current art I'm doing, I can see that I've come a long way in only a few months.  With each book, I find myself outdoing my last efforts, tweaking things stylistically and really trying to evolve into the artist I want to be.  Issue 0 was my first issue on on actual series and hopefully the beginning of a long career doing something I'm passionate about.

Also, people have been asking if they can buy the original artwork seen.  I will have some prices up soon on some pieces.  Also if you find me at a convention at the Aspen booth, Ill have pages for sale there as well.  Stay tuned for more info!
1 comment: