I'm having an art sale for the next 2 months on some older (and newer) pieces on my Comic Art Fans profile.
Take a look at the links below and if interested, please email me at jason_fabok@yahoo.com to buy, or use the comic art fans email to send me a message!

Here are the pieces!

Newsarama has posted a preview of  'Tec 22 coming out next week.  Here is some of the Line art for that preview to get you pumped up for the release of our new arc!
Some people have been wondering how the arc will work in light of Villains month.  The arc will be 3 issues long, issues 22,23 and 24 with an Annual issue that touches on some background to the Wrath.  The villains month books are technically not part of the regular numbering.  I'm working on finishing up issue 24, which has been really fun to draw with lots of great action.
You guys are going to enjoy this arc, that's for sure! 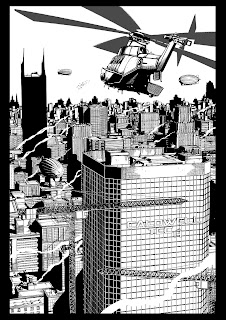 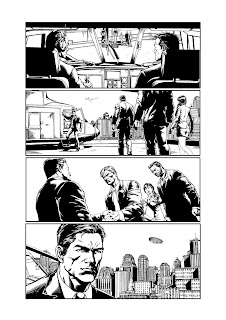 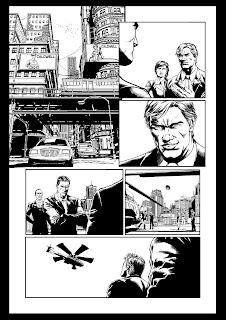 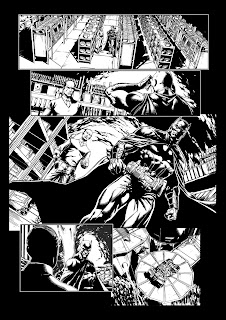 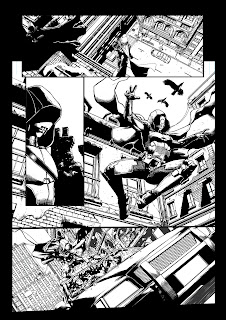 Detective Comics 22 is out on store shelves this Wednesday, July 3rd!  Batman verses the Wrath as they begin their all out battle over Gotham!  This book is easily my favorite book I've drawn in my career.
I got my copies today and the book turned out great! Check it out! 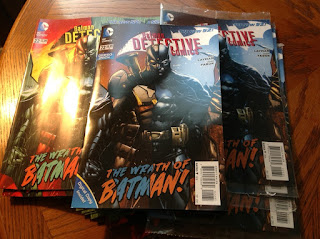 This September, DC Comics will be doing "Villain's month" and as a little something special, they are doing each cover as 3D lenticular covers!  I was asked early on to do a bunch of these covers featuring Batman villains and I've had to hold my tongue for quite a long time.
The artists were told to layer their drawings in order to create the 3D effect.  For example, on the Man-Bat cover, the bats in the foreground are drawn on a separate layer, then Manbat is draw in full as a separate layer and then the bats in the background and then Batman on the ground.
Separating the layers and making sure things were drawn completely makes the 3D effect work so when you turn the cover you will be able to see "behind" Man-Bat and see Batman.
The backgrounds were also left blank from my end.  I did all of these within a week.
Also, I will not be doing any interiors on these books.  I am using that month as a fill-in so I can get ahead on Detective. 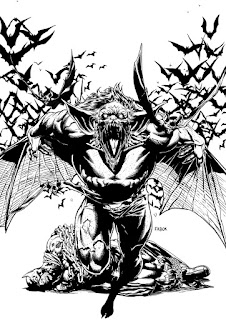 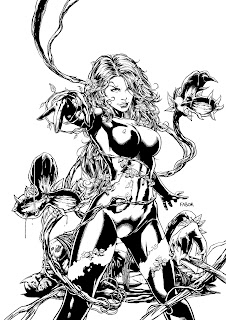 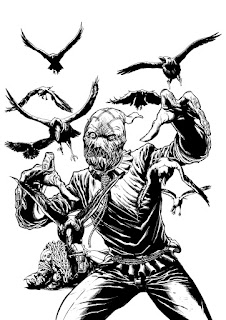 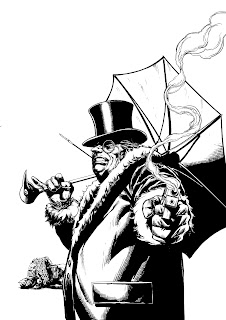 The Joker cover went through some changes.  Originally, the teeth were in the foreground and they would chatter as you turn the cover.  But the company doing the 3D effect told us that animating an object in the foreground doesn't work well.  In the end, I had to switch the Gun and the teeth.  In all honesty, I feel it throws off the balance of the final character and that he works better with the gun in the right hand, but sometimes you have to do what you have to do and get the work done.  I've attached the original here.  I also really liked the hand with the pinky up so I ended up using that on the Penguin cover.
In the end, I think the Poison Ivy cover is my fav.  I really went nuts with the layers so that it really will have a true 3D look.  The vines will look like they wrap around her and pop out at you. 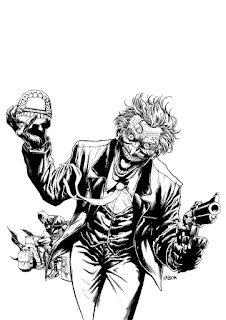 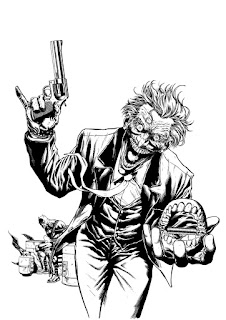 Also, just my two cents, but I've been reading some comments about people saying bad things about there being a bunch of Batman related covers and focusing on Batman so much and saying DC is overusing Batman, blah blah blah.  But think about it logically.  If you are going to do a series of books, 52+ of them, then where are your strongest hitters?  IN THE BATMAN UNIVERSE.  It's the best rogues gallery in all of comics.  Imagine just doing 1 Batman villains book?  How would you even choose that?  If you choose Joker, then Riddler fans would be angry.  If you choose Riddler than Mr. Freeze fans would be angry.  What other villains would you even do to flesh out another 51 villains books for the month?  You need to use your strengths and DC's strength is in their best characters.  These books are going to be great, and I'm excited to see all of the covers from all the other creators as well in person when they hit the shelves.
-JAY