Here are a few of the pages from the huge anniversary issue I was able to take part it.  It was also my last issue on Detective Comics as I am now moving to Batman: Eternal which launches this spring. 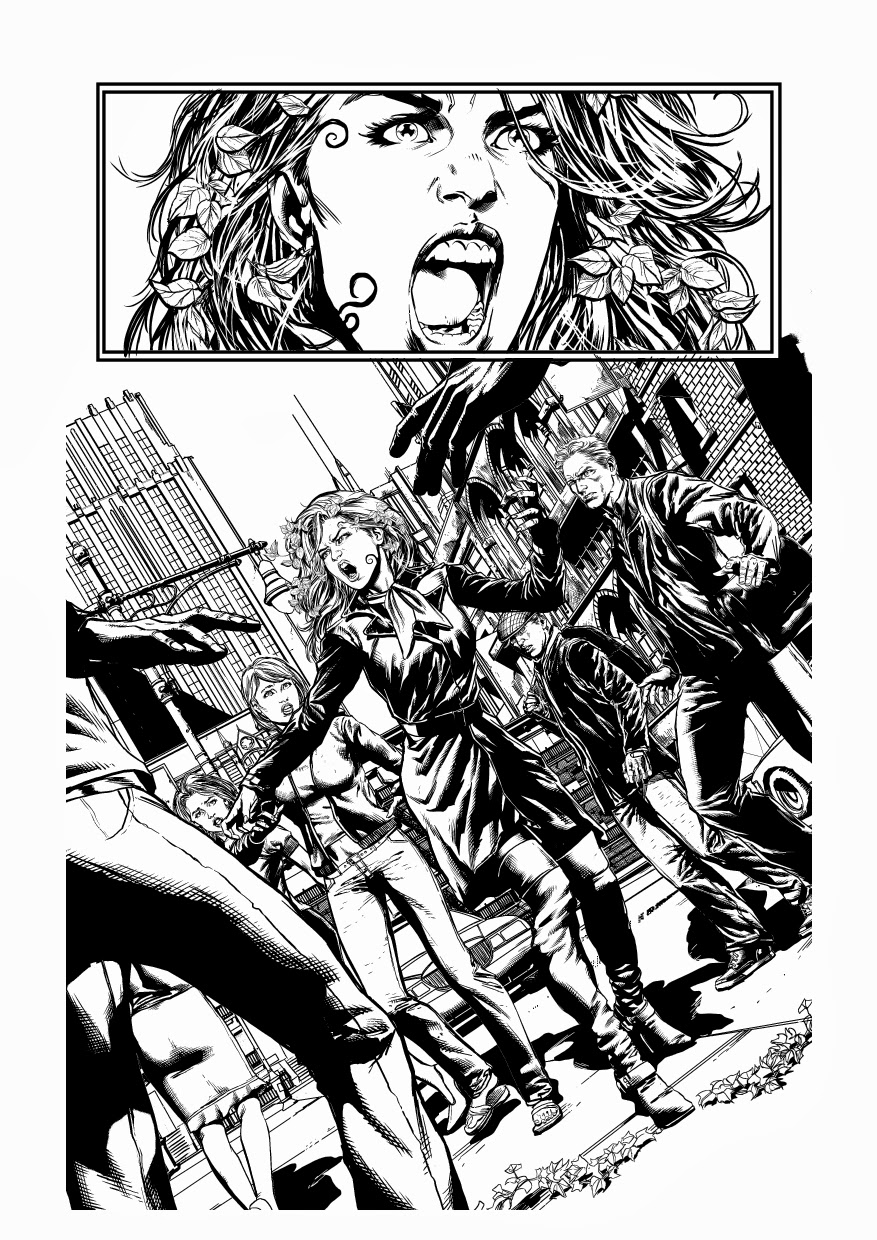 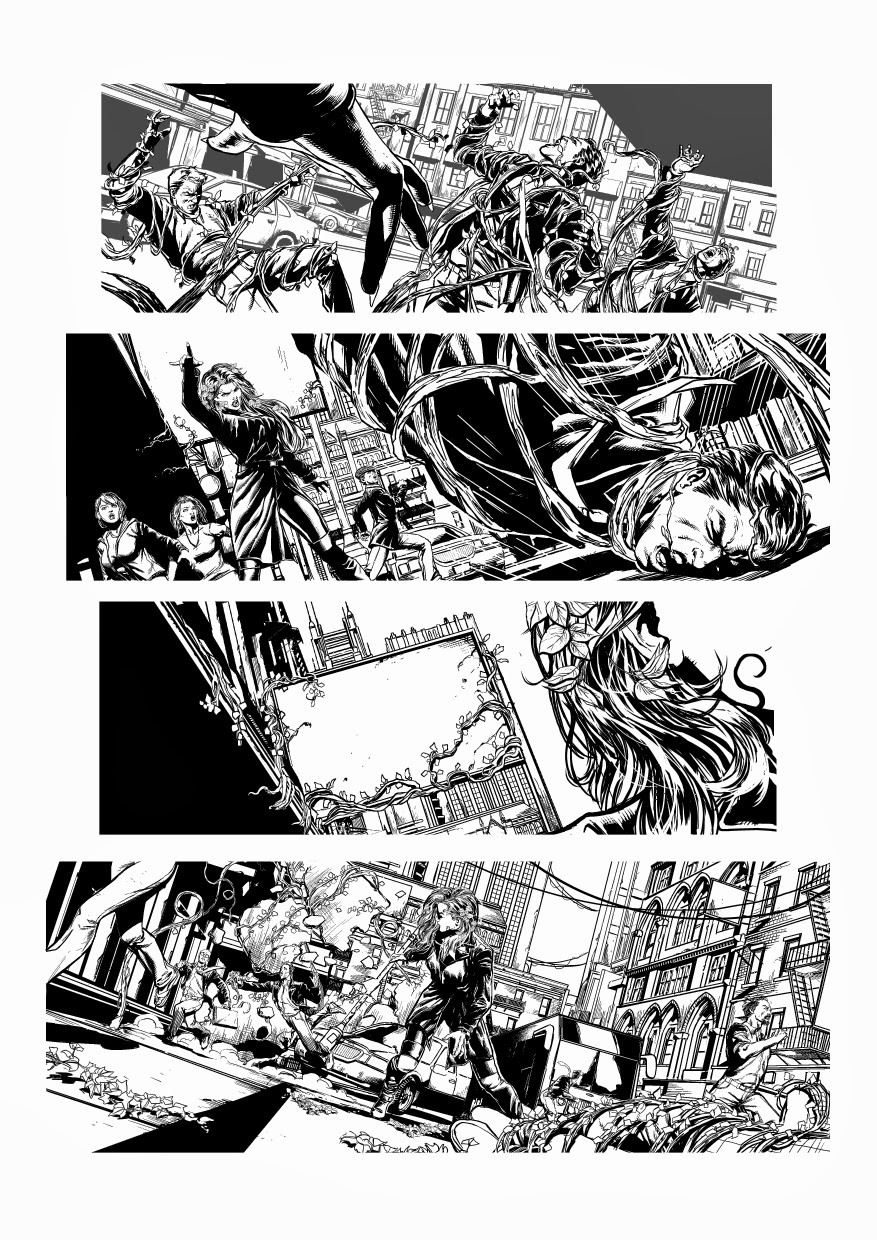 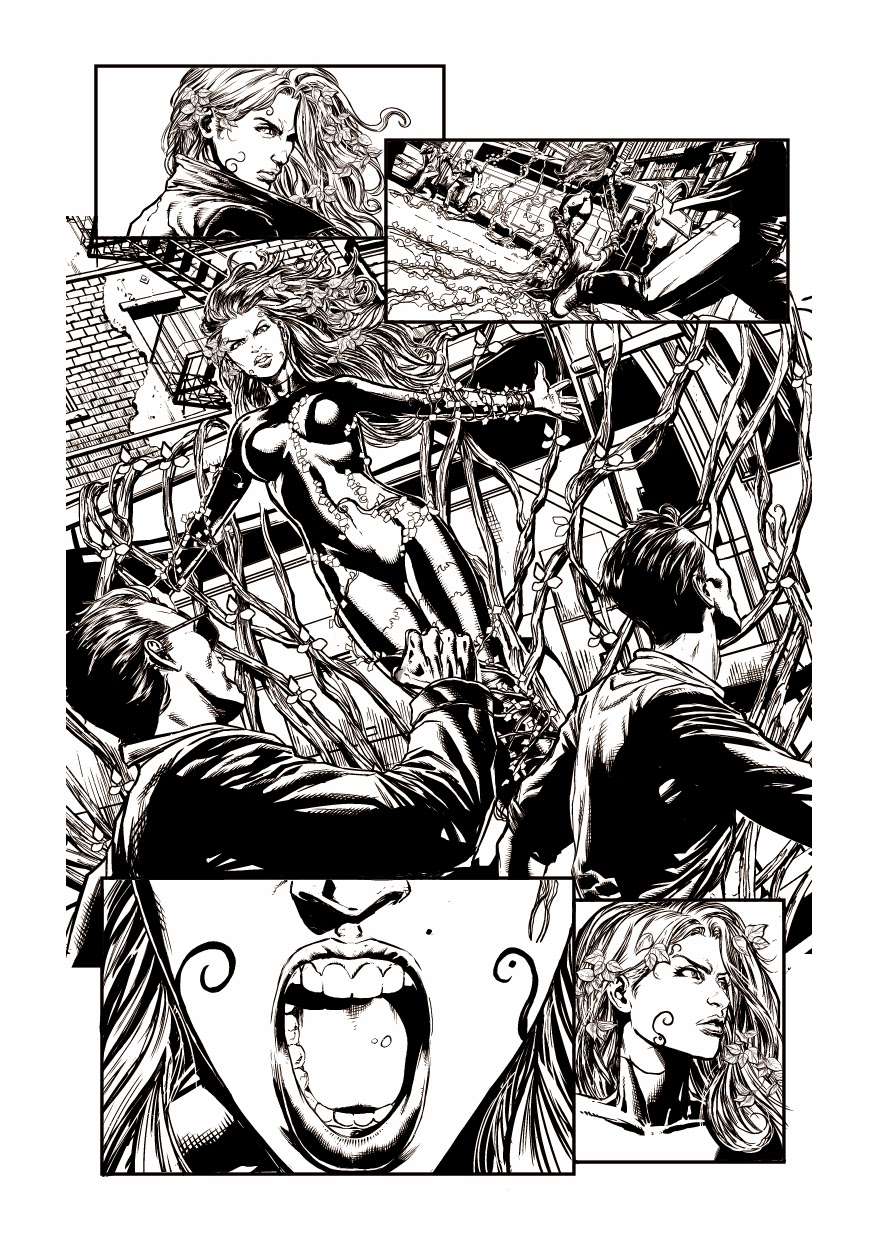 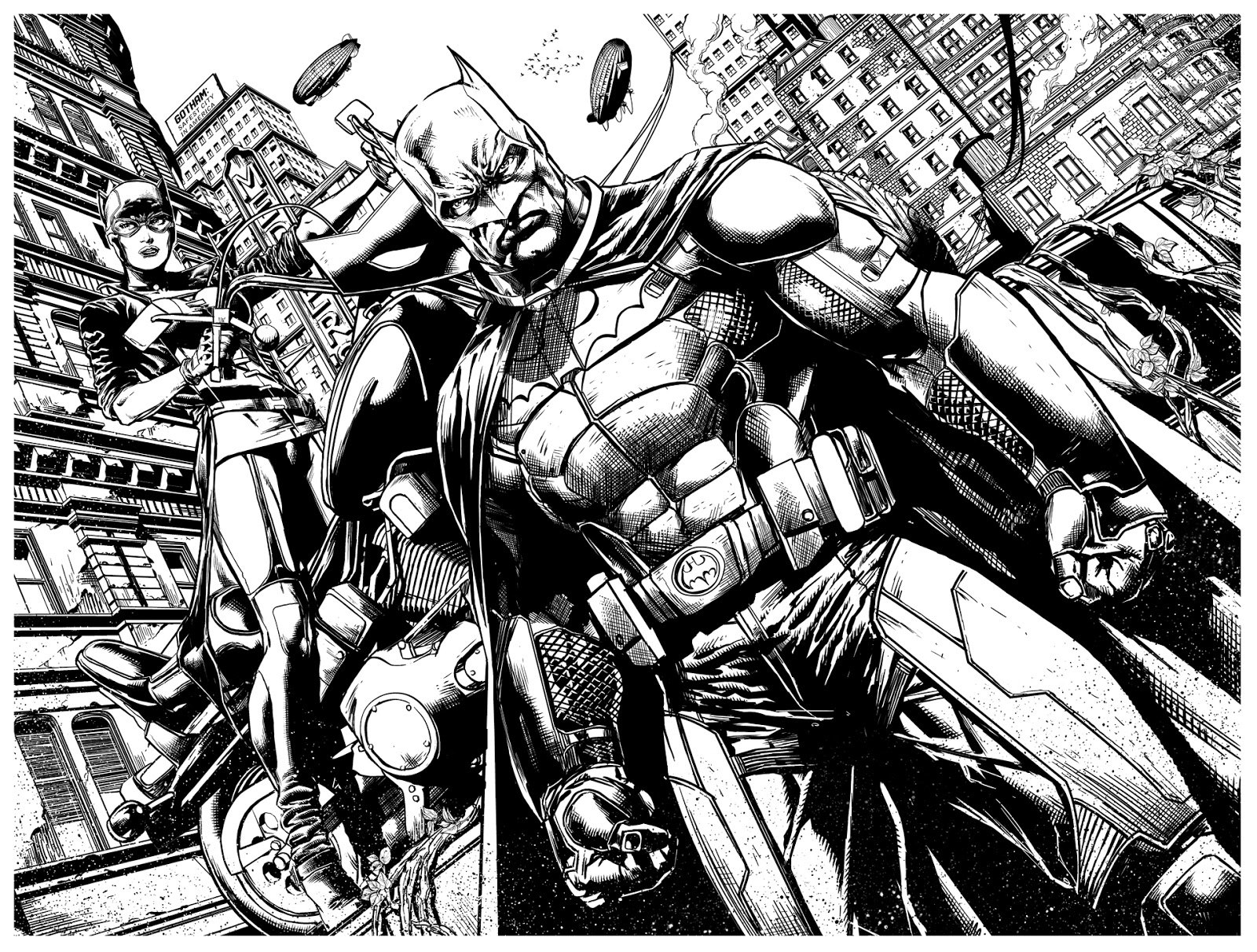 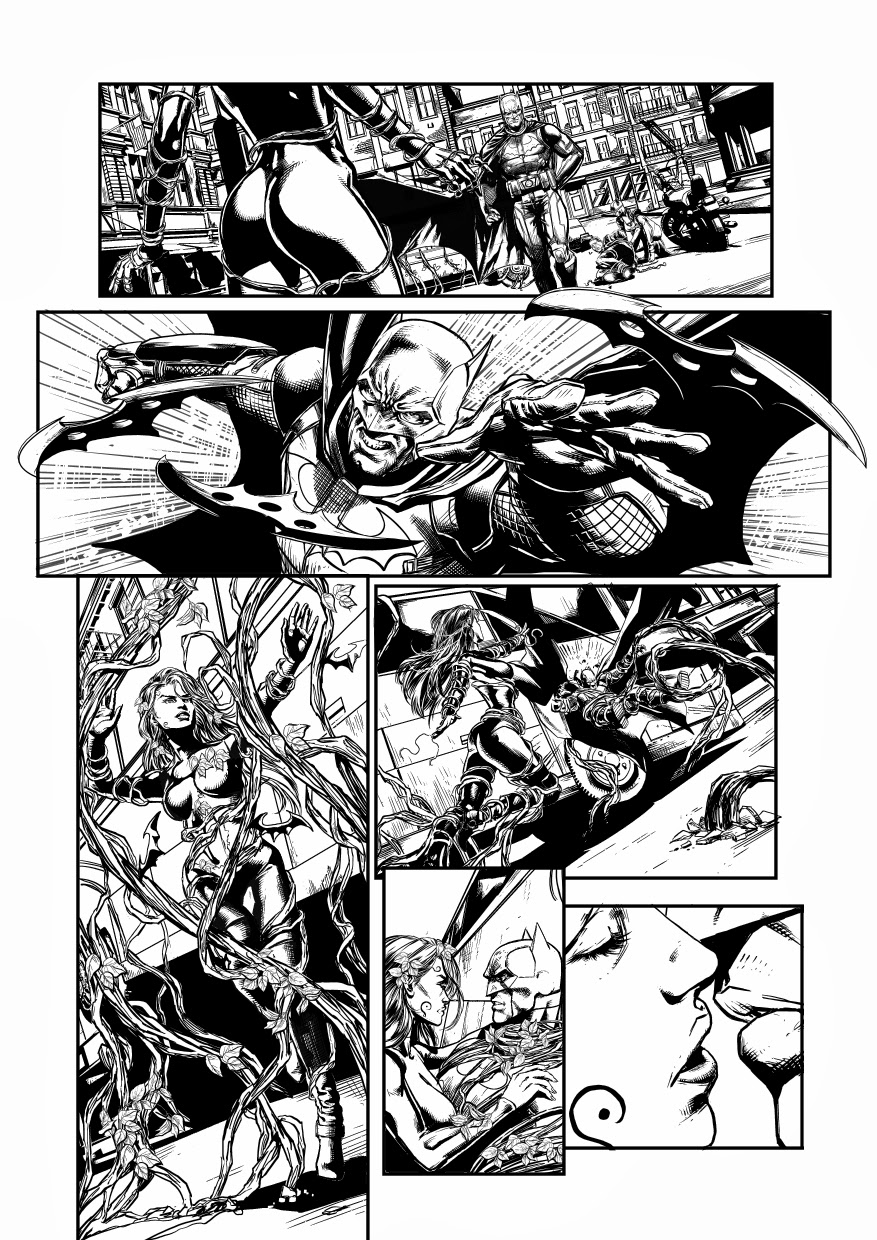 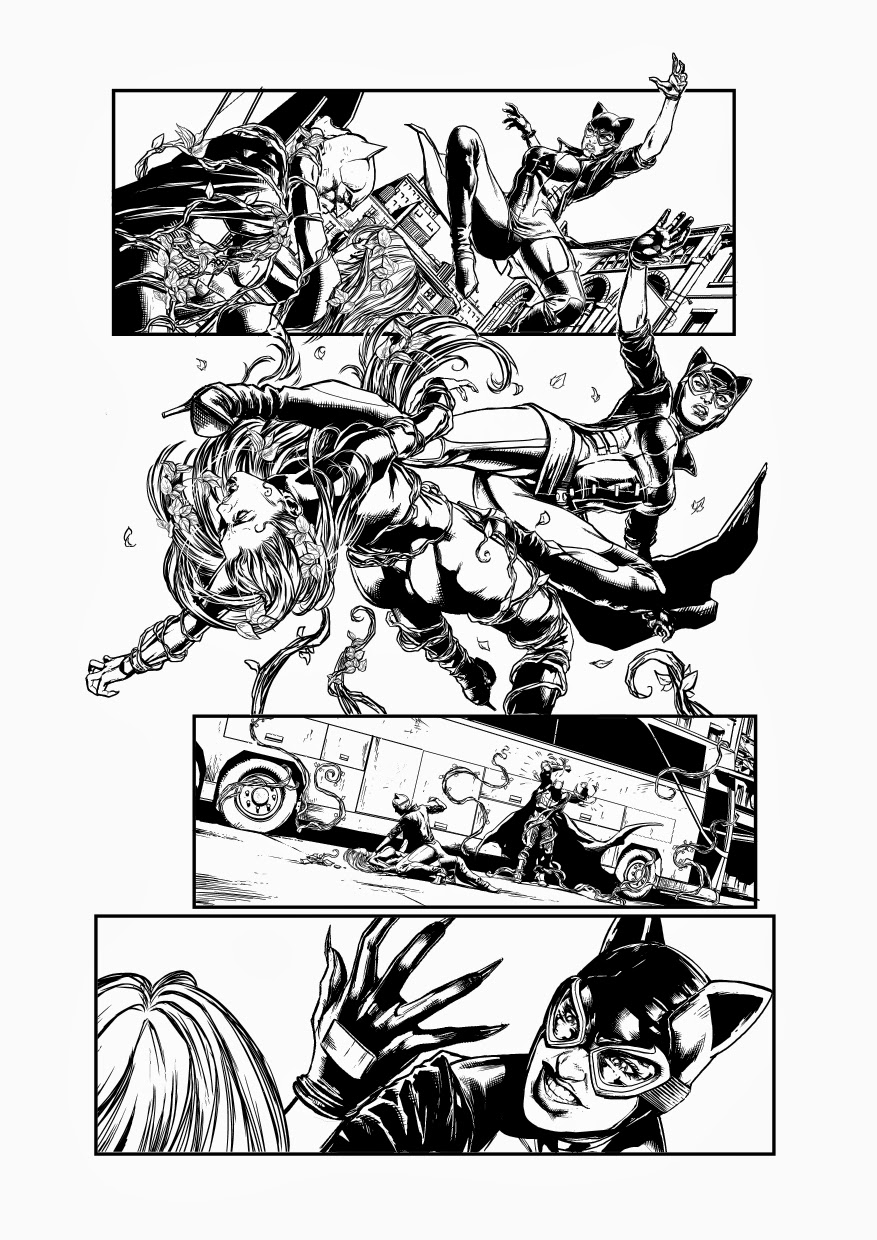 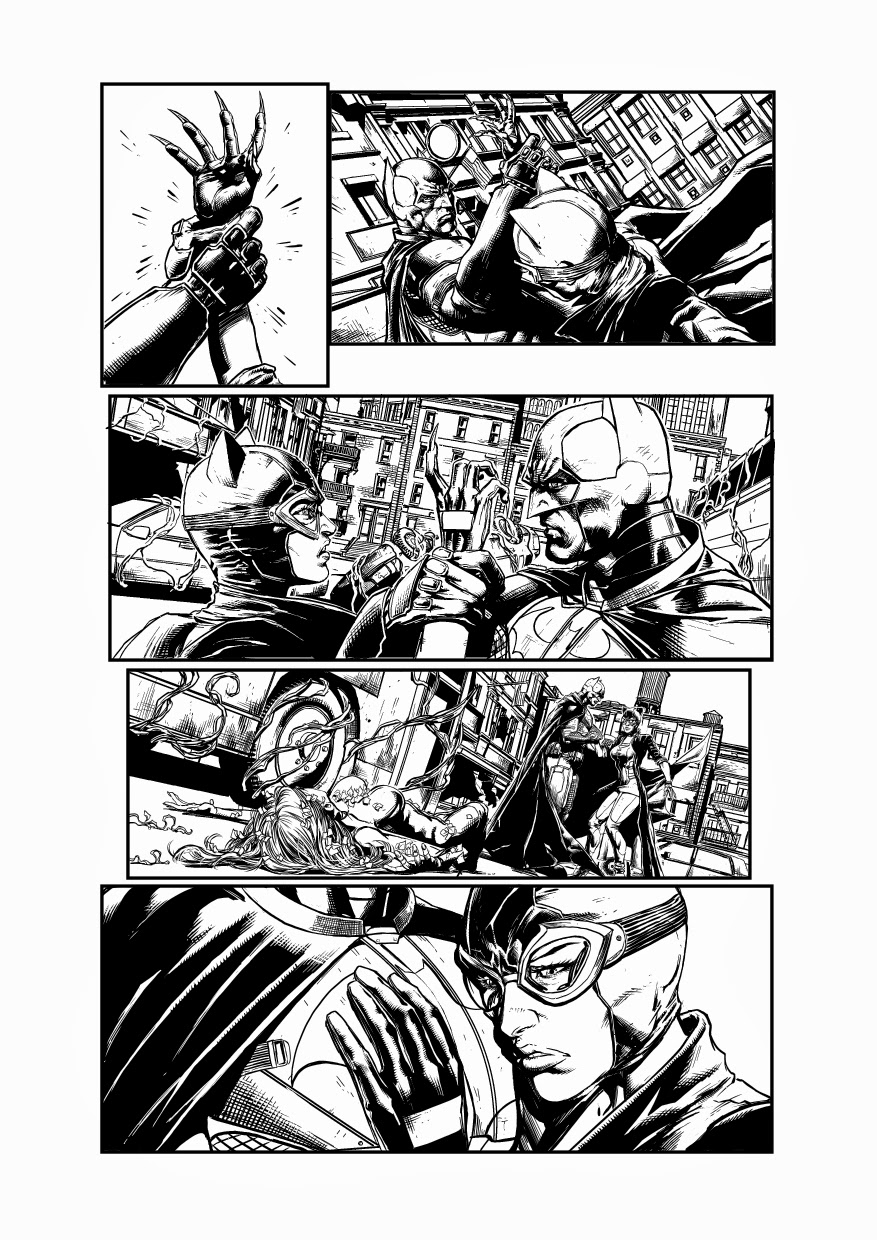 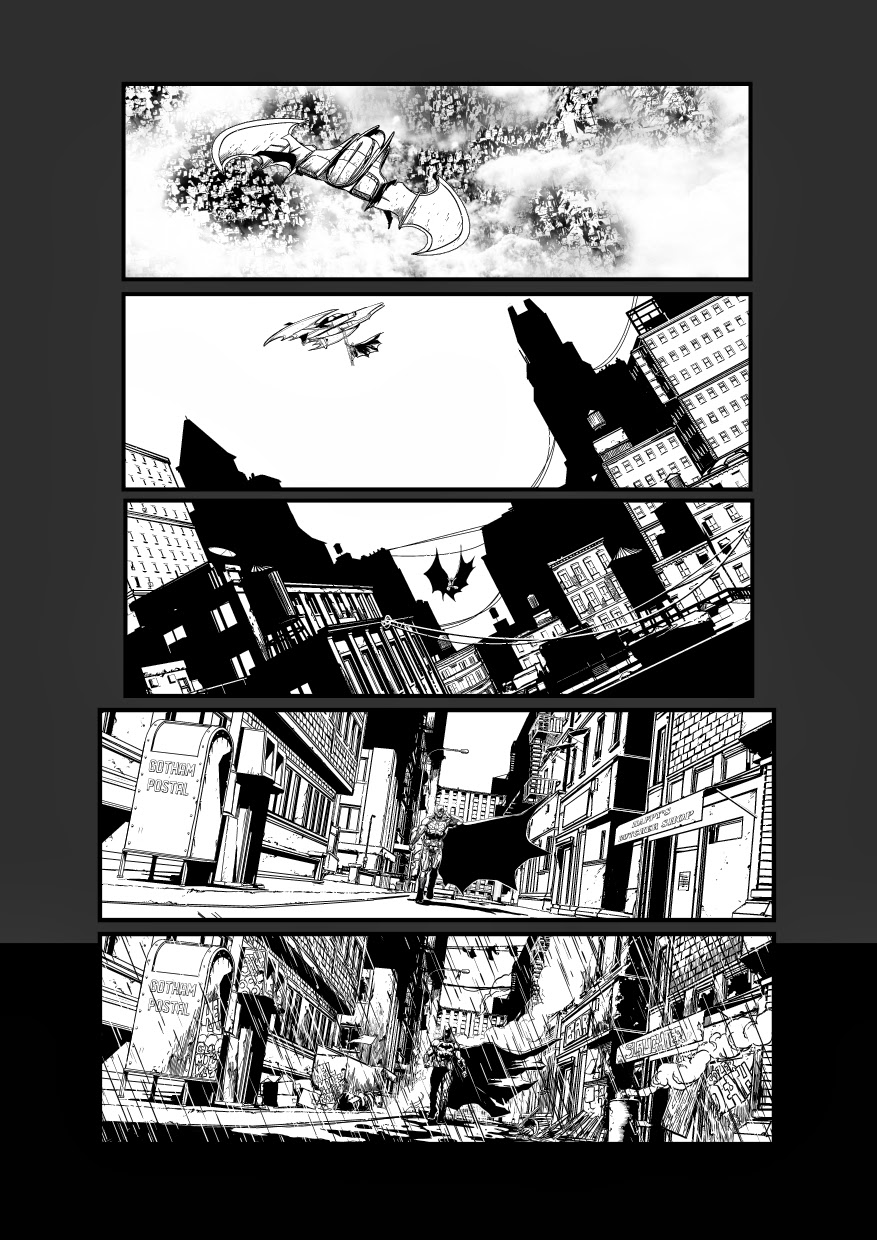 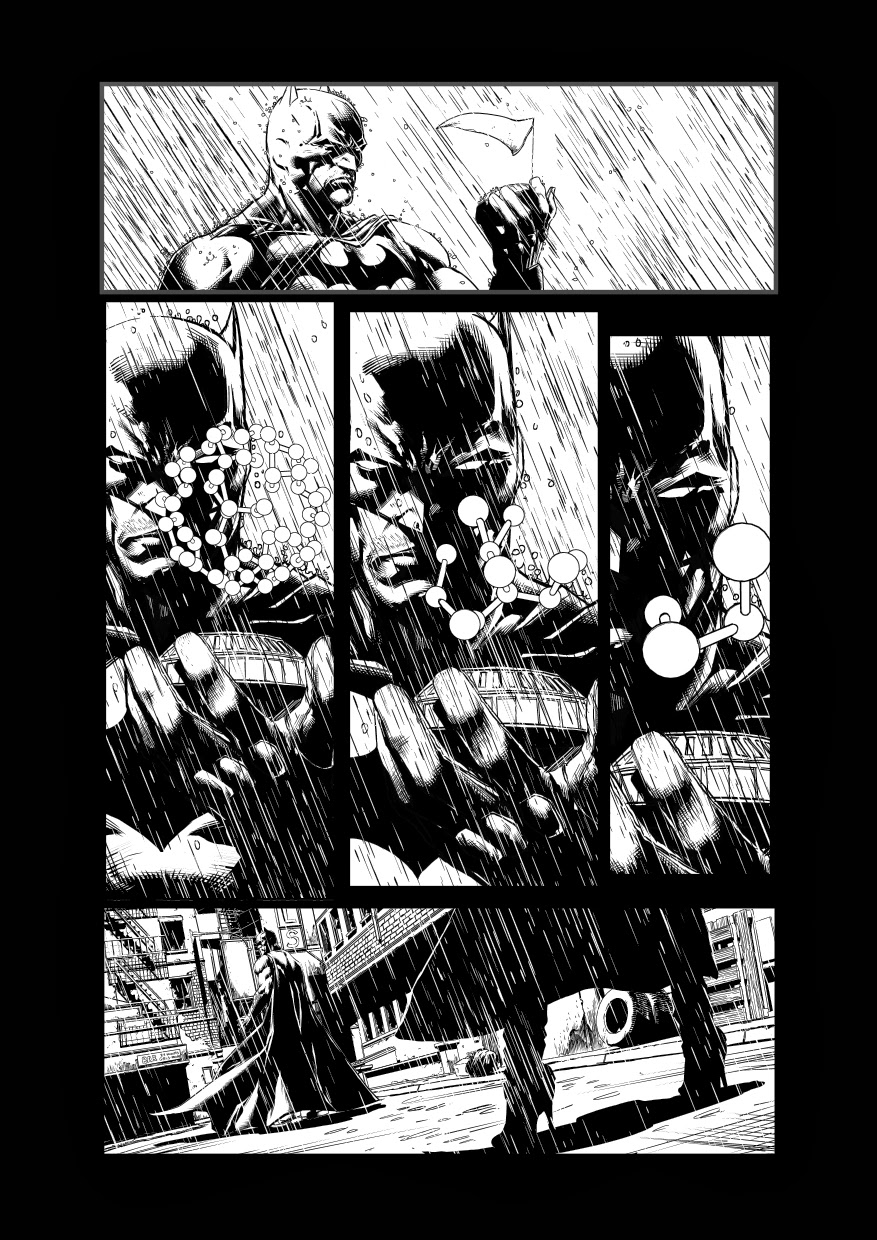 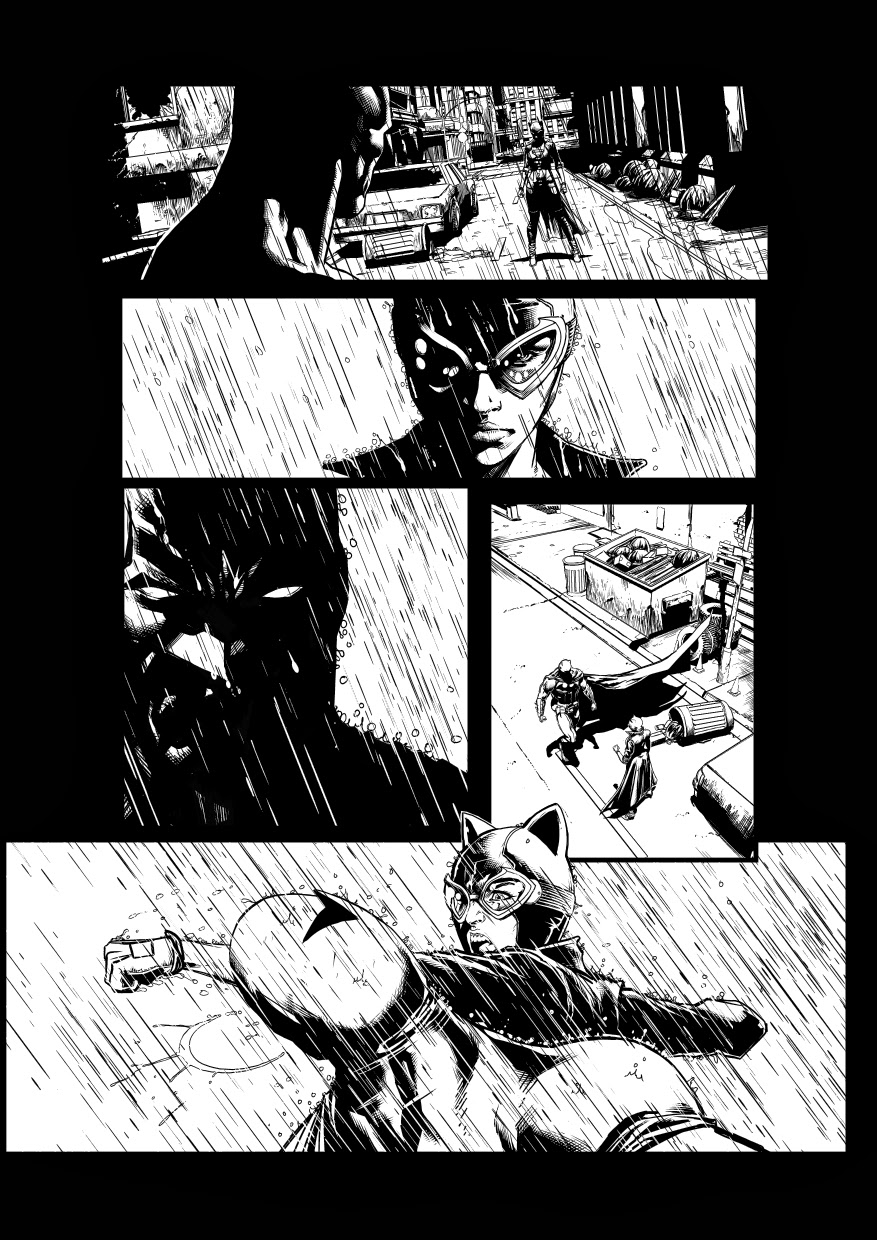 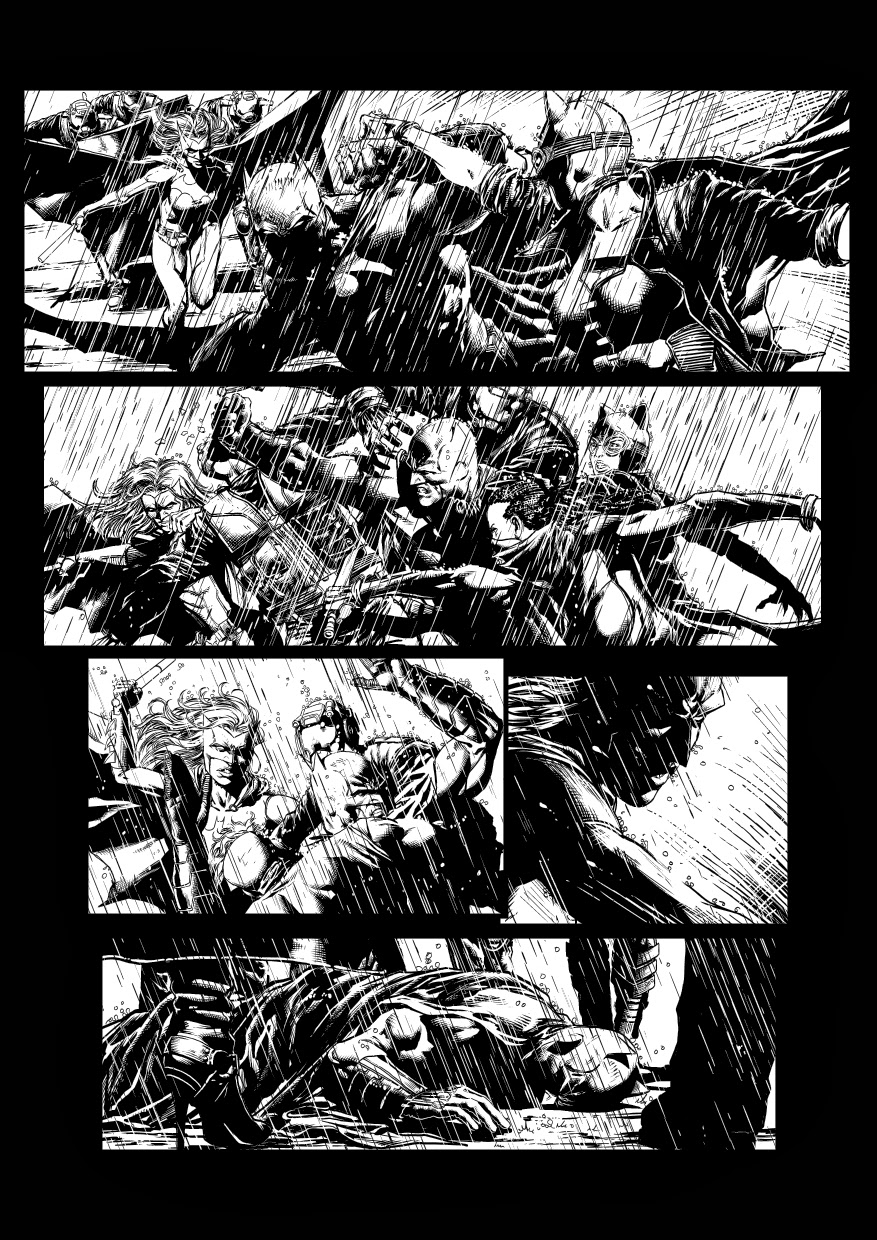 I also got the chance with this story to design some cool alternate universe costumes for some of the characters.  Here's a look at Batman, Catbird and Bluebelle. 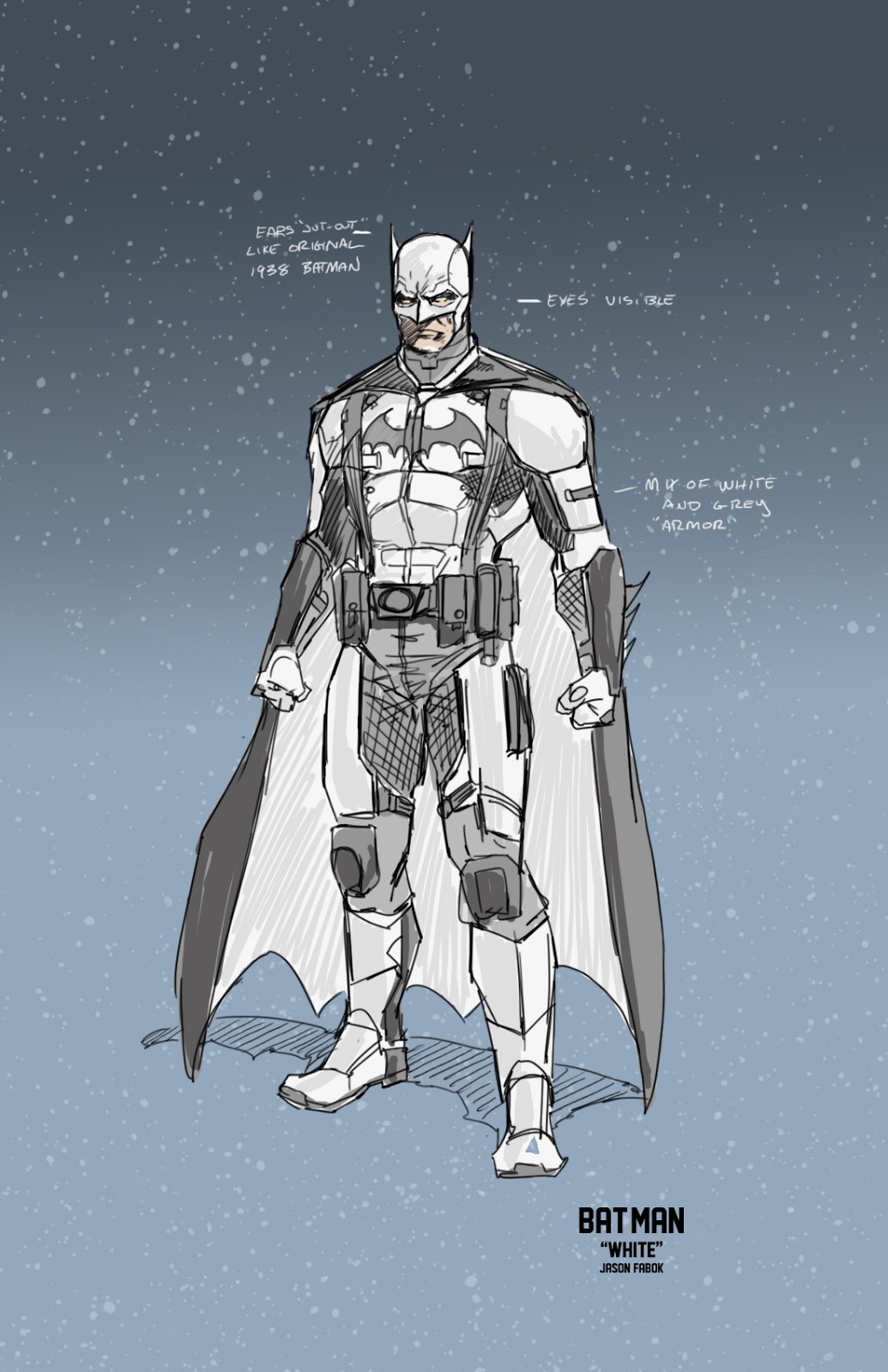 With Batman, I wanted an all white version of the suit, but realized I needed some greys to break up the different parts of the suit.  I tried to add a bunch of cool textures and details to the suit to give it a different feel from the normal Batsuit, and also made his eyes visable. 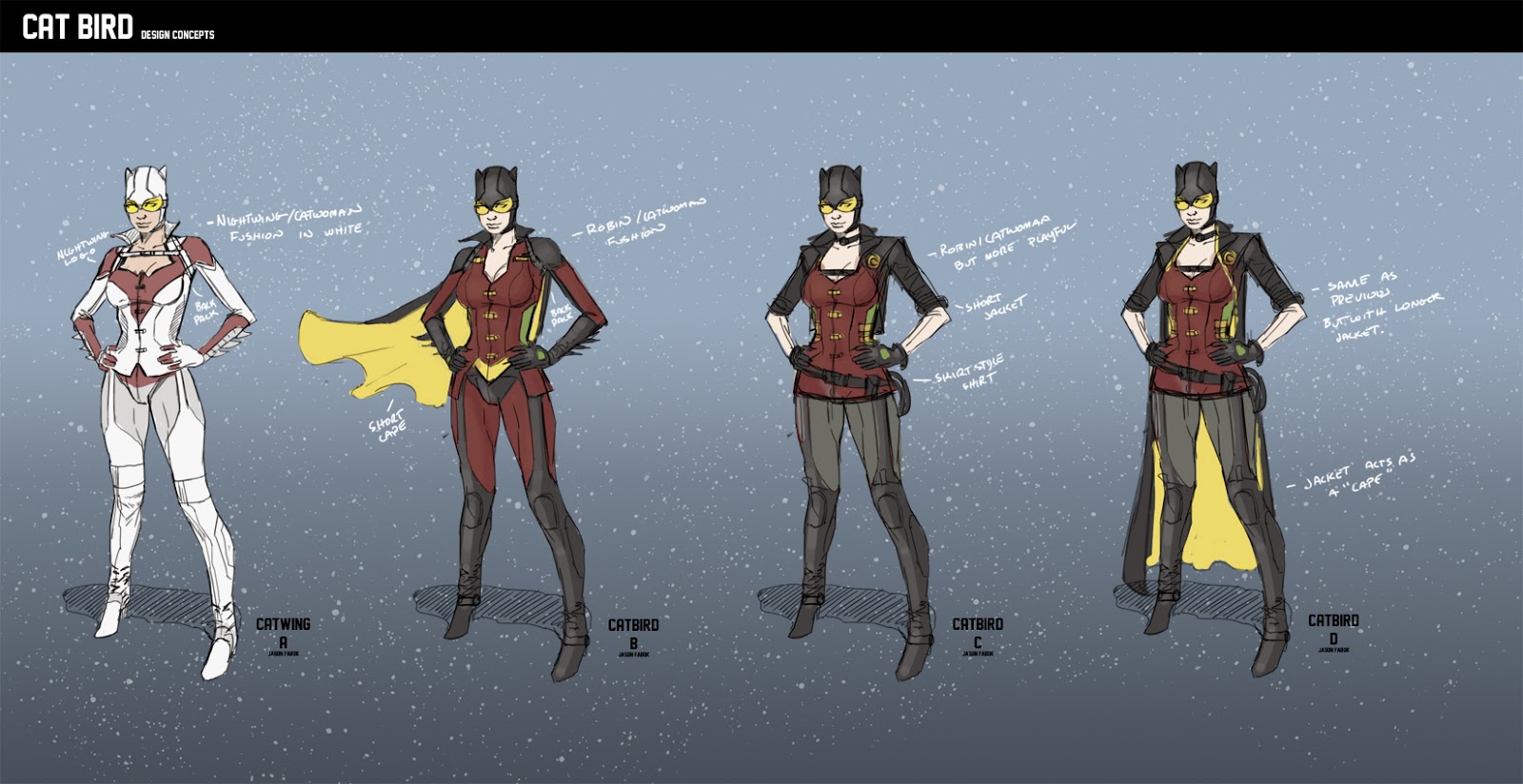 With Catbird (Catwoman as Robin) I originally was going for more of a Catwoman/Nightwing crossover.  But we decided we wanted it to be more Robin-ish.  Above, you can see the idea evolve to the final chosen idea.
I wanted to keep the Catwoman look, but incorporate the Robin aesthetic into that.  The long jacket I felt took the cape aspect of Robin and fused it with Catwoman's sense of design. 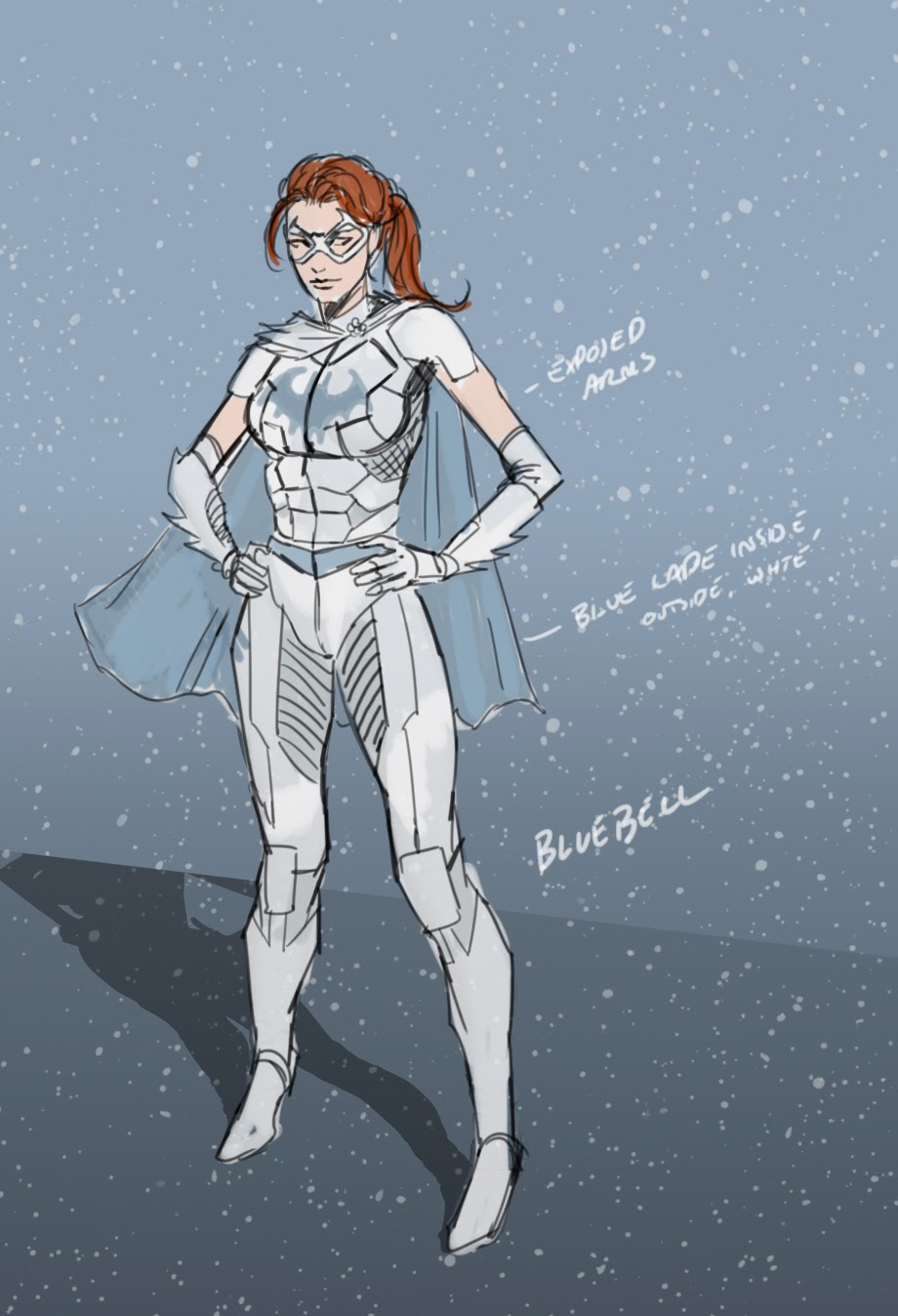 Bluebelle is the Gothtopia version of Batgirl.  In the end, I mostly took the New 52 design and made it white.  I shortened the cape to give her a more playful, youthful look and got rid of the cowl.  I actually prefer Batgirl to not wear a Bat cowl.  I'm not sure why.

When Bob Kane and Bill Finger first introduced Batman to the world in Detective Comics 27 back in 1938, I wonder if they could have believed that their character would become (arguably) the biggest comic book character of all time, as well as one of the most legendary and well loved characters of our modern popular culture?  It's a thought like that that keeps me humble and thankful to have had the opportunity to work on this character for the past few years, as well as lend my own little contribution to this massive anniversary issue celebrating the first appearance of Batman.  Thank you Mr. Kane and Mr. Finger for the character that not only inspired me to read comics, but also to follow a dream to one day draw comics and make a career a reality.

As an extra, here is a look at my variant cover! 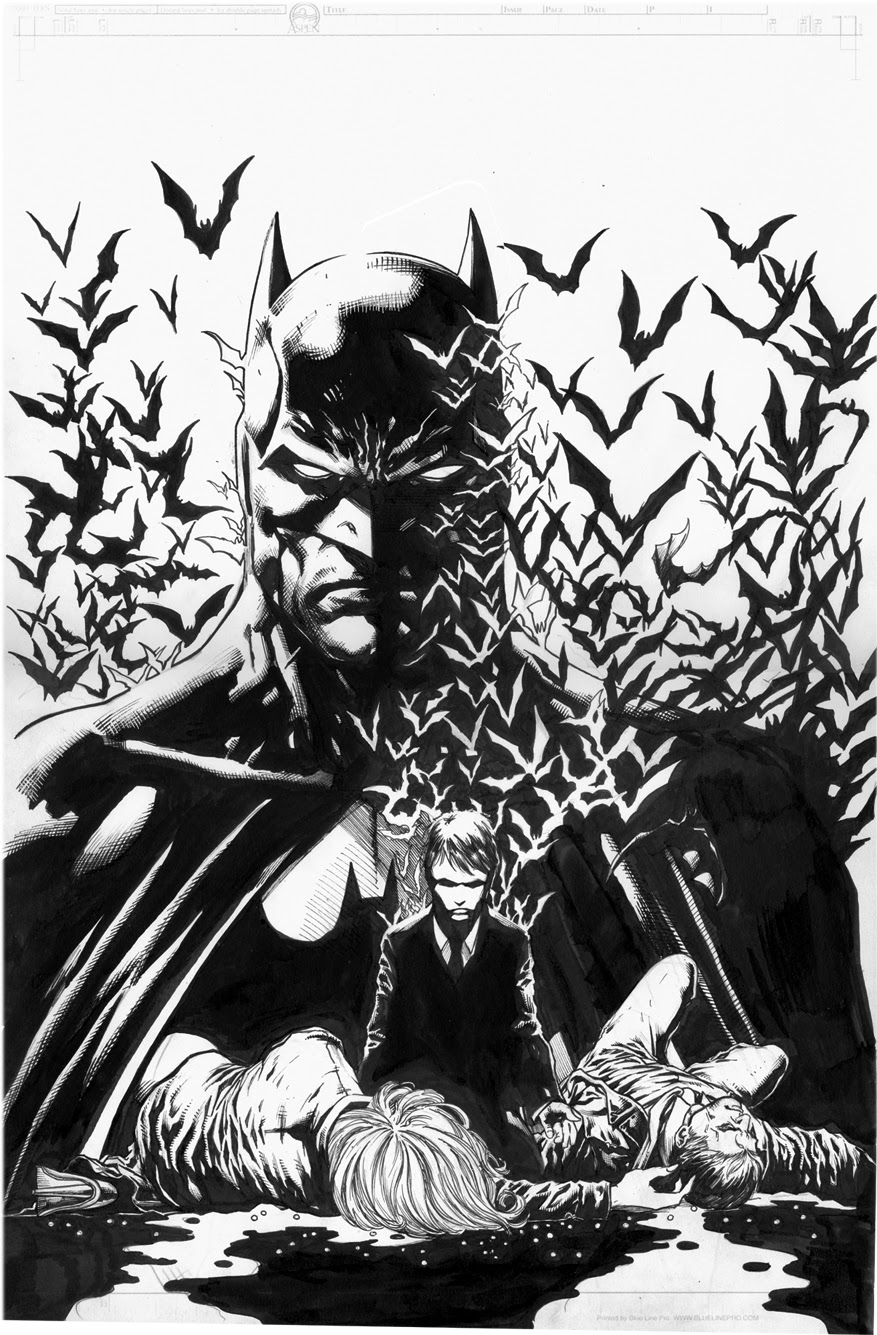 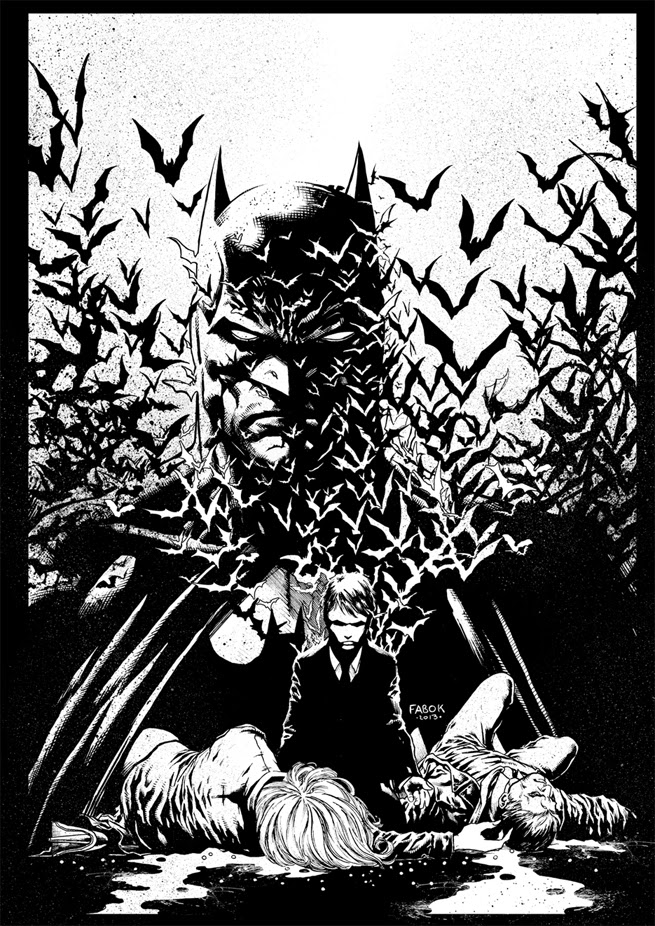 I went in digitally and added some splatters and more bats. 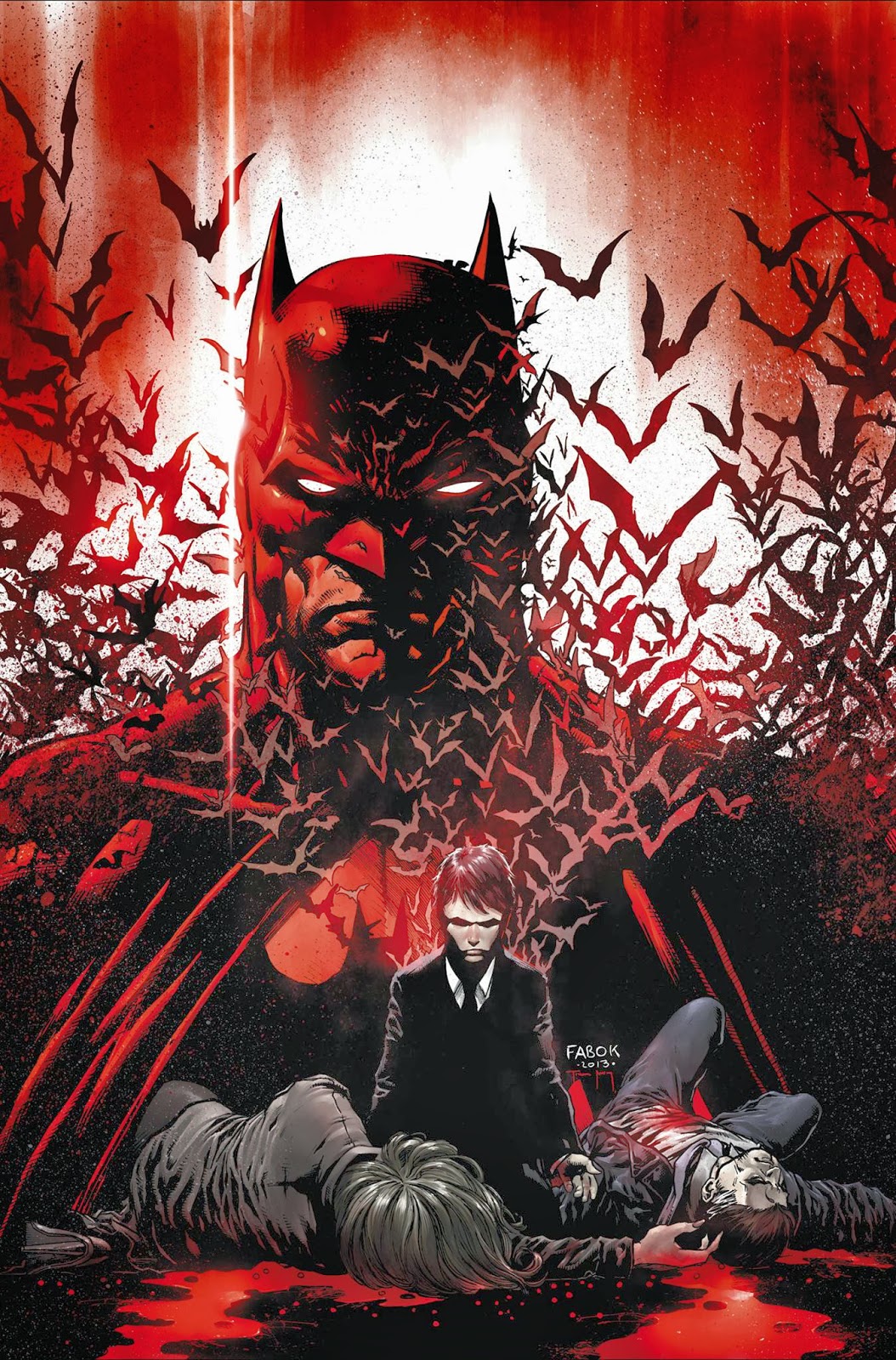 The awesome colors by Tomeu Morey.  The guy kills it every time

You may have alot of trouble finding this cover in stores, as its a 1 or 100 variant.  Good Luck!