Here are some of the pages from this month's Detective Comics 25.  Had fun with this one.

I've always felt more comfortable working with dark shadows in my work.  I've always been attracted to comic artwork that really used black and white well.  It just pops for me.  With this issue, I really got to play with a lot of shadows.

Here, I tried to use the flashlight in order to light the scene.  The city is in blackout, so there wouldn't be any light if I drew it more realistically.  But in the end, I needed to add some light here and there to give the scene some depth. 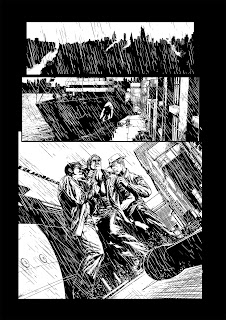 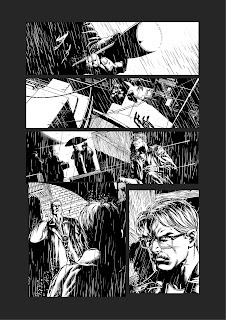 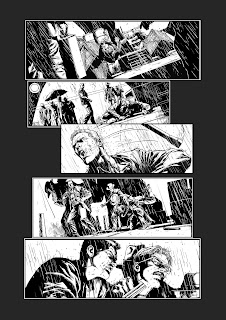 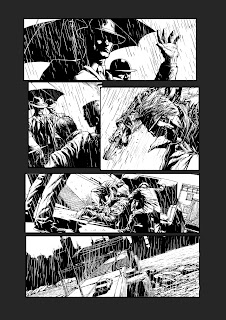 I normally stick to a very widescreen, simple layout scheme.  I find it works well and keeps the artwork and page looking clean.  But here, for the falling sequence, I wanted to have a bit of fun.  I like the idea of only using vertical panels when showing someone falling or flying up, so naturally I wanted to use that idea for the bridge sequence. 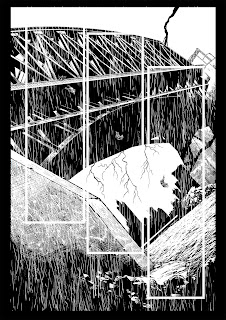 I also love drawing rain and dripping water.  This is easy when drawing digitally.  The rain is a simple rain brush I apply to the work after I'm all done.  I add splashes and little details after. 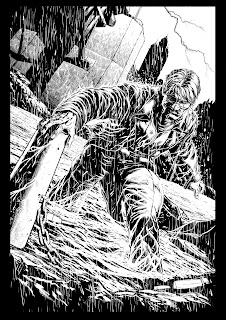 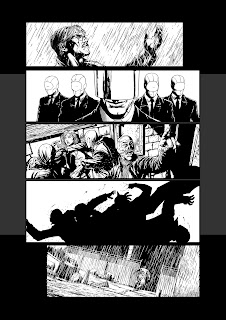 Originally, the police commissioner was Grogan instead of Loeb.  I had to make the changes a month or so after finishing the book.  These pages show Grogan, which I liked better than the Loeb I shoehorned in after.  I would have drawn Loeb a bit differently if I had the time, but I mostly just replaced the head and called it a day. 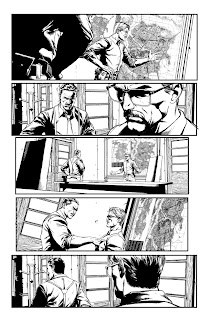 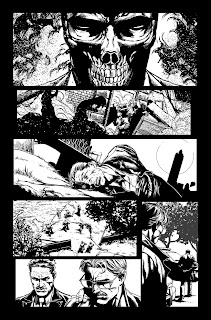 Here's my favorite page of the book.  It's sort of my attempt at a nod to the original Detective Comics 27 cover drawn by Bob Kane but with Batman Rescuing Gordon as he falls.  Its also a nod to one of my fav Batman artists Frank Miller.  I was asked to keep Batman very shadowed.  I used the rain to break up the blacked out buildings from the foreground. 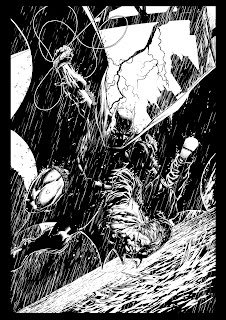 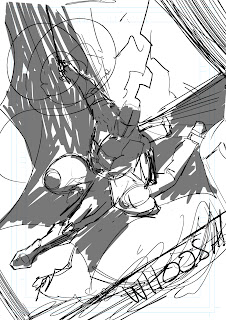 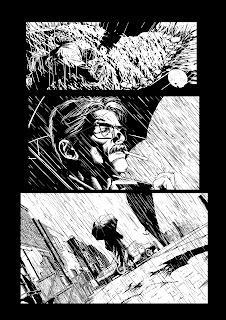 I also noticed something funny as I scanned my twitter account.  Someone pointed out that the cover to the book closely resembled the cover of a Resident Evil game cover.  When I saw it, I was actually in shock because the pose was very similar, along with the outfit Gordon was wearing.  Someone in a review pointed this out and actually liked that I had made this a tribute to that cover.  That gave me a laugh as well, because before seeing that game cover on my twitter feed, I had NEVER seen that image before.  I've never even played one of those games nor have any interest in them at all.  For the pose, I actually used myself to pose out the image and decided to give Gordon a more "costumed" look.  I just wanted to state that I didn't copy the image, or even use it as an idea or resource, but Im sure someone out there with think I did and rip me online. In the end, every pose and image has been used before, so things are bound to look alike. But if people want to pat me on the back and thank me for doing an homage cover, then Ill take it :) 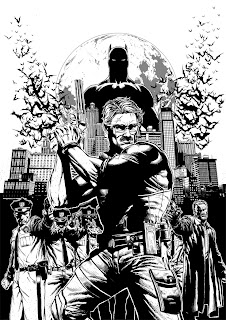 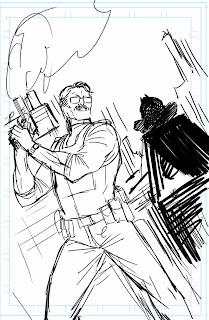 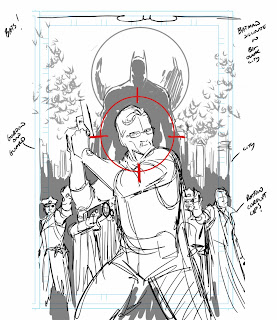 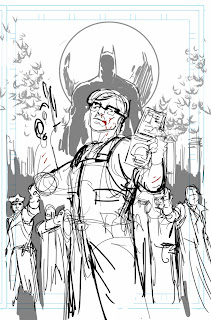