Comic Book Resources showed off the first of the next batch of covers for Batman Eternal that I illustrated.

Check it out HERE!


First it starts with the layouts.  The editors told me they wanted an image with Spoiler jumping her motorbike off of a bridge.  I thought it might be cool to have a silhouette of the bike and a cool color action pose of Spoiler in all her glory. 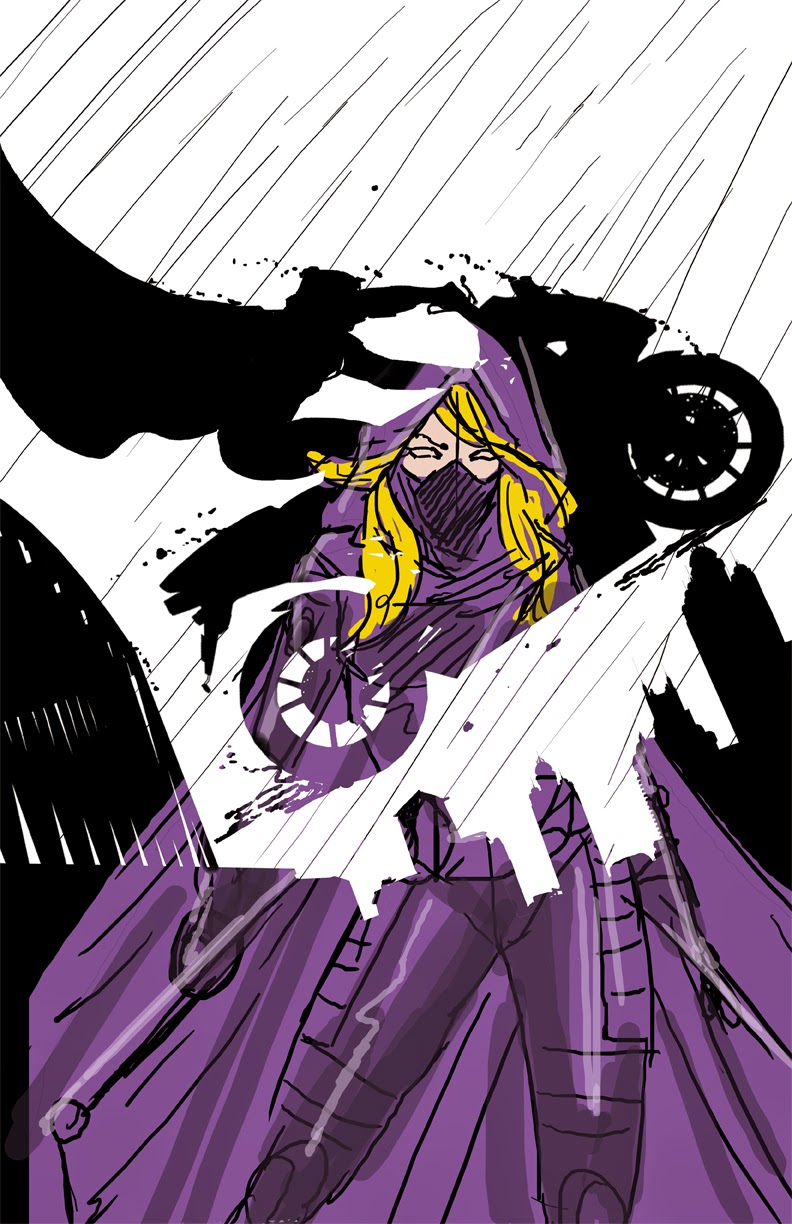 I knew what I wanted with the bike, it was just getting the inside to work. 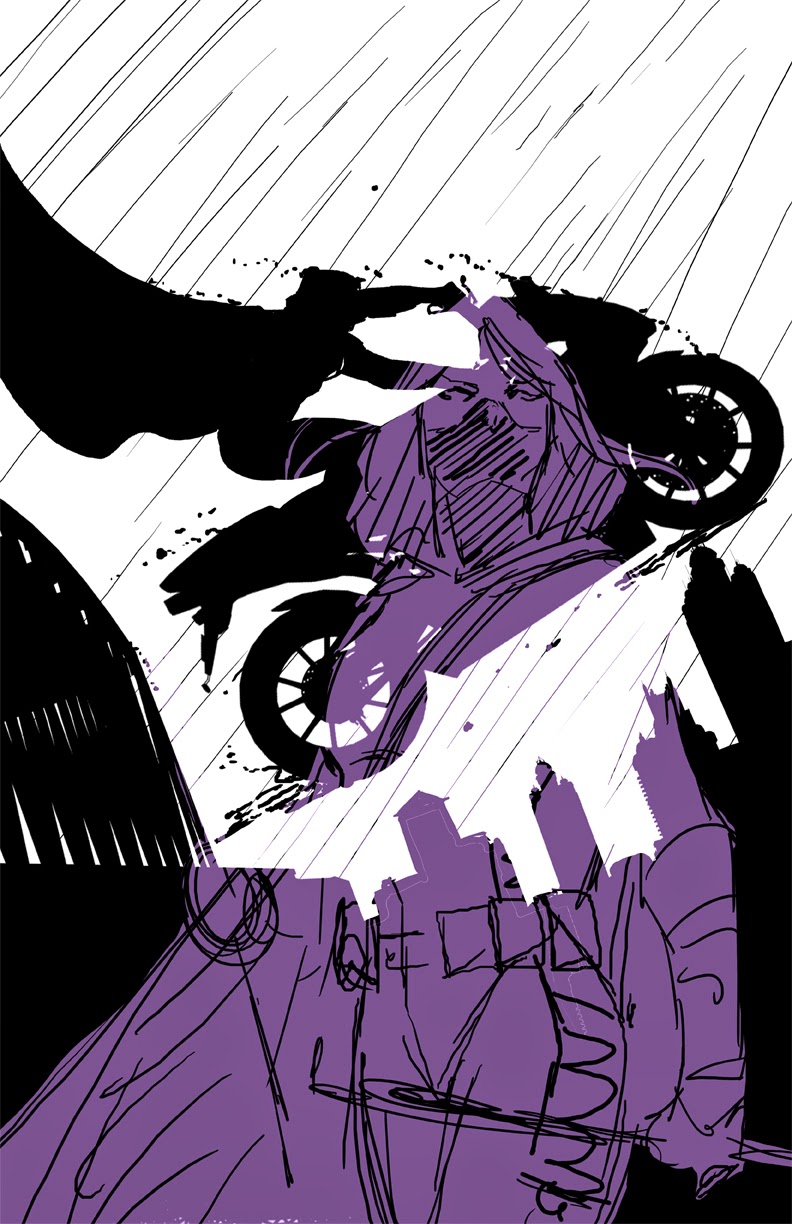 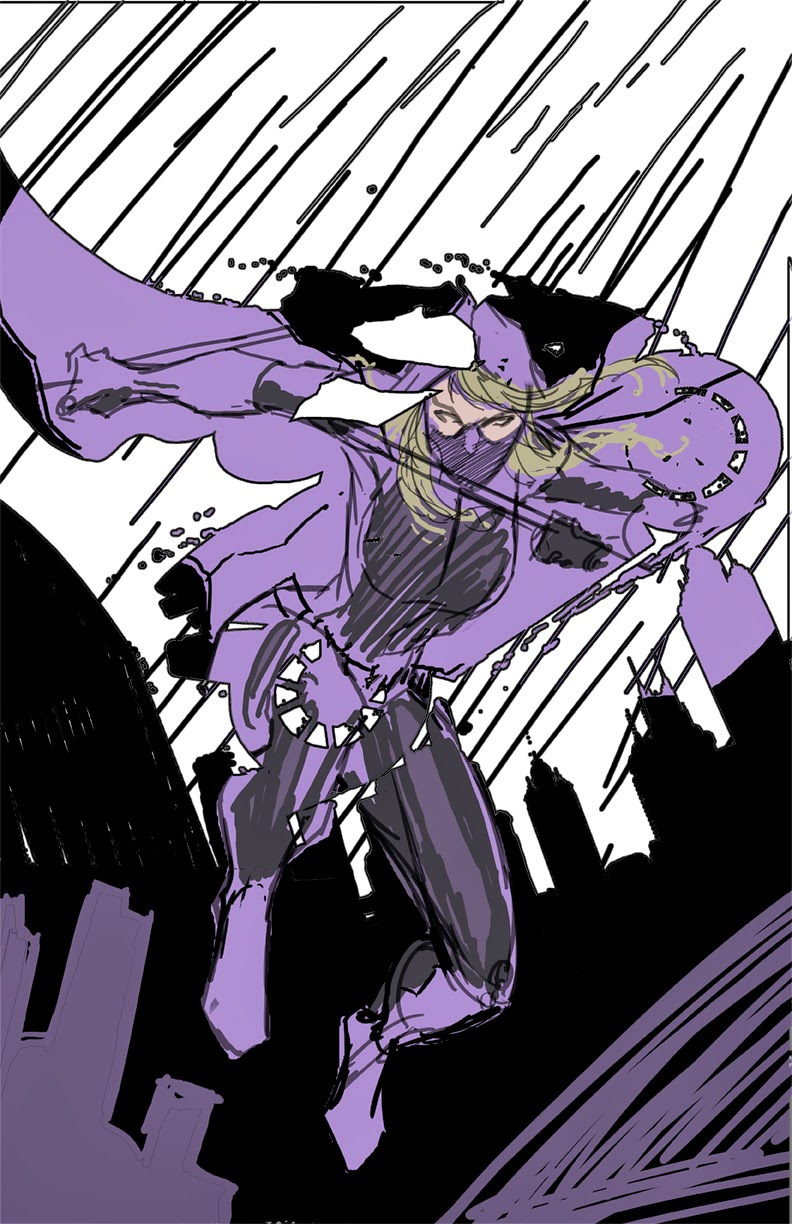 We decided on this layout in the end.  Something with some action showing off her entire look. 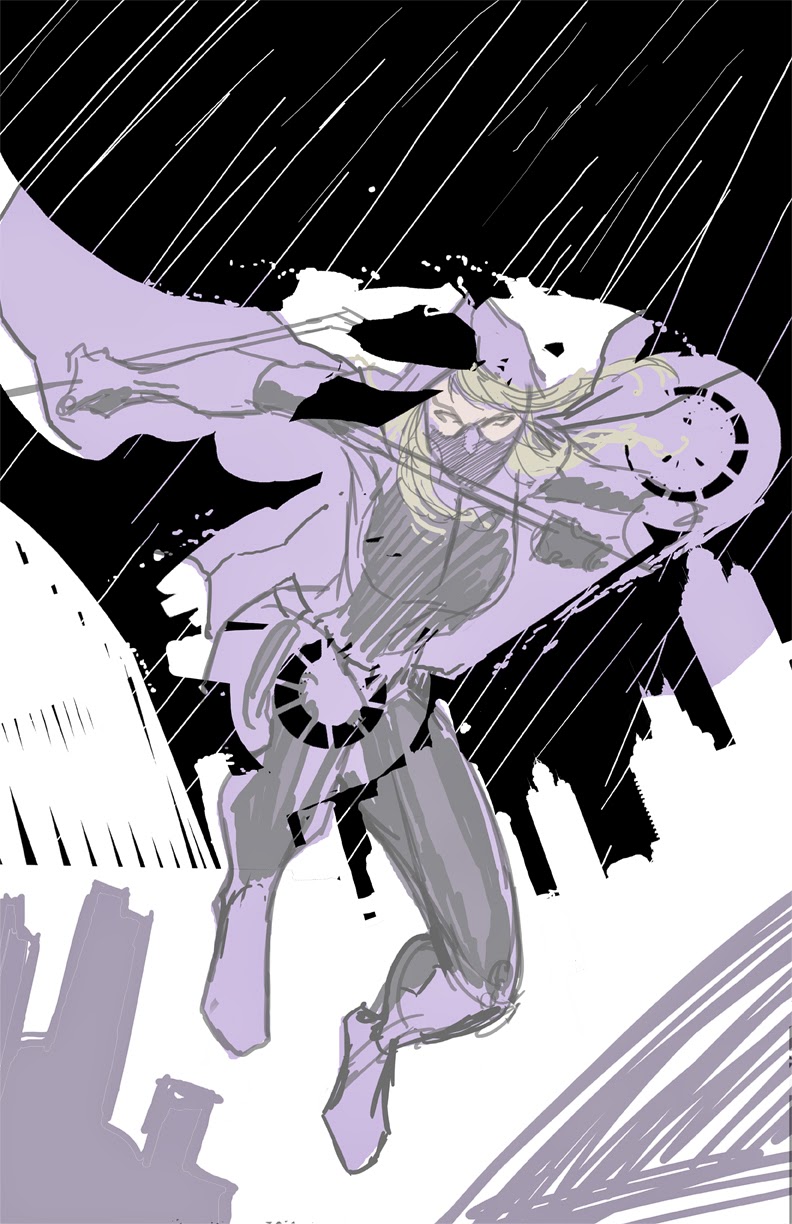 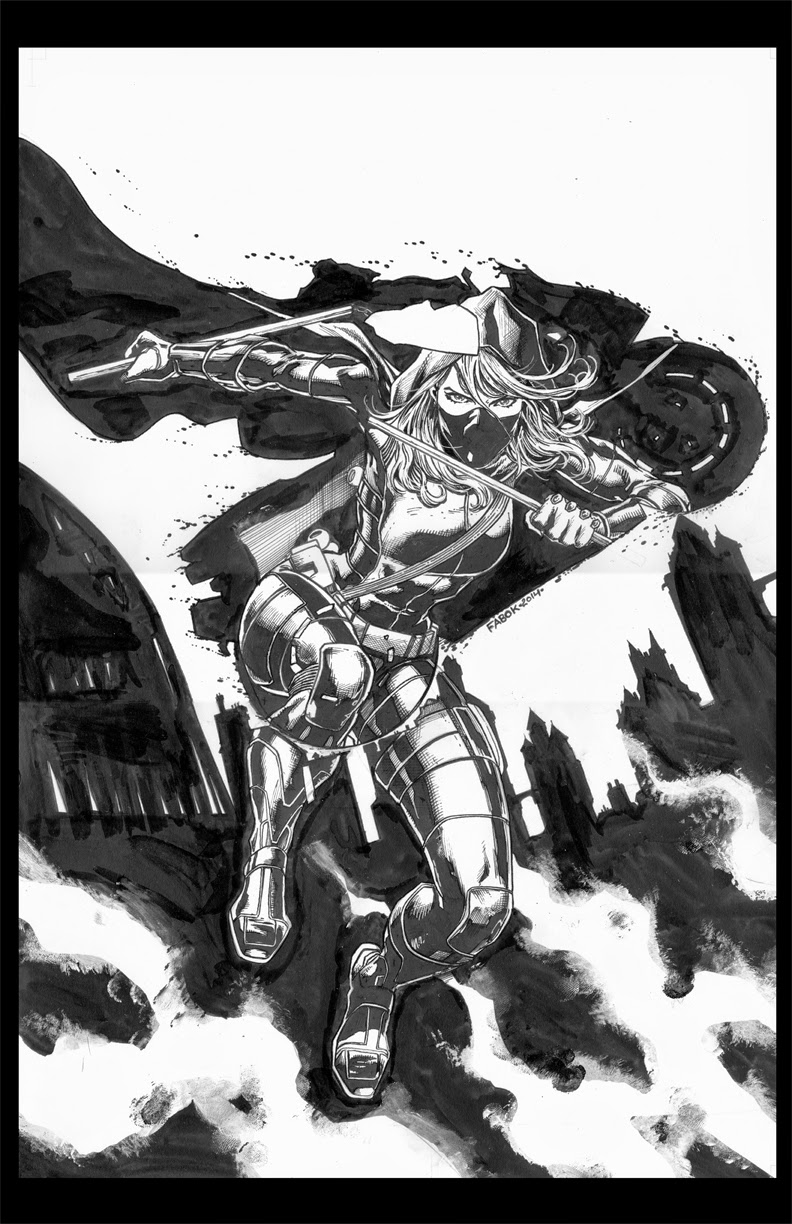 The inks done on 11x17 bristol 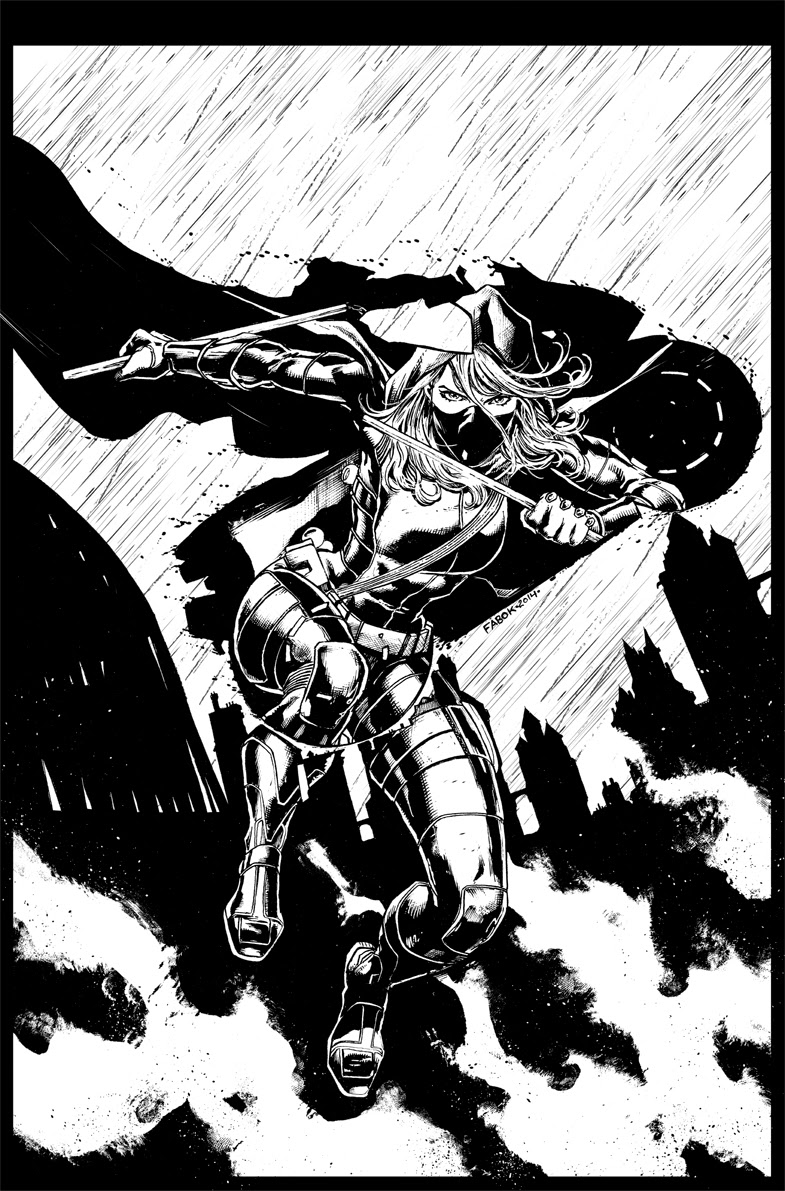 Digital touch ups.  I added some rain and more smoke 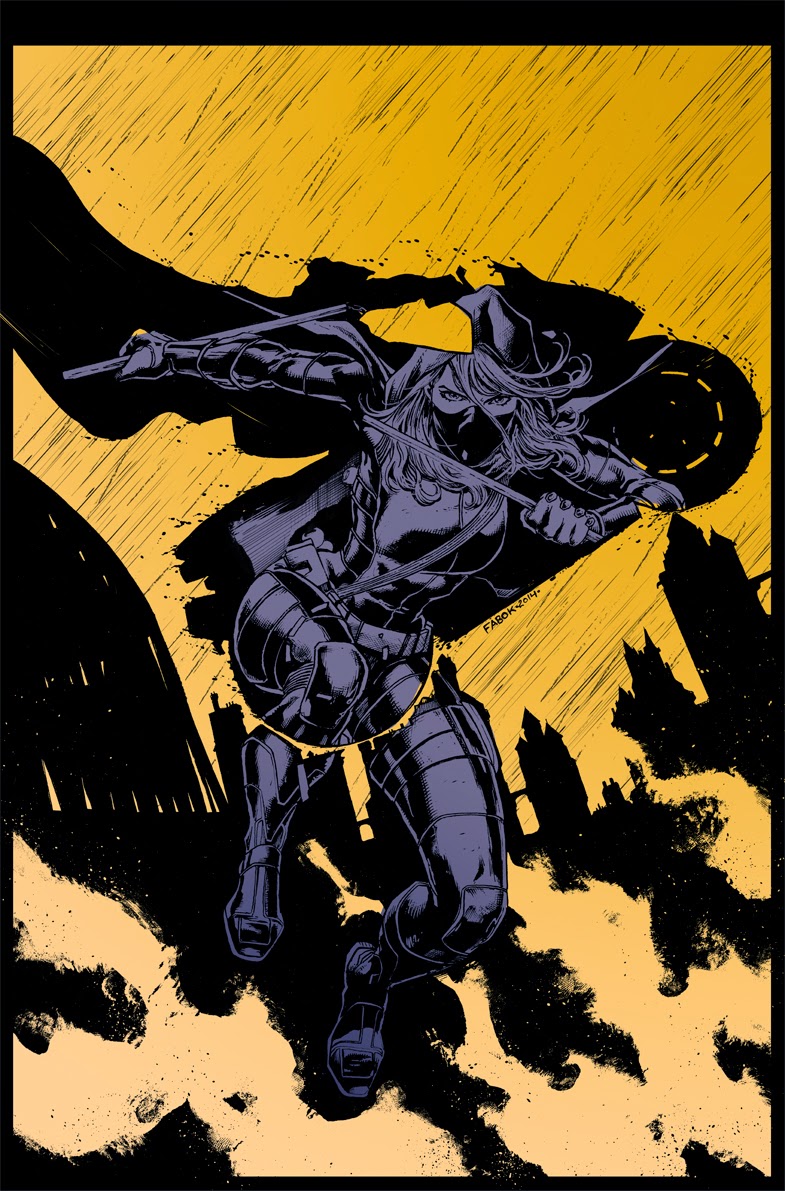 I also did a color template to show Brad Anderson what I was thinking.  I wanted the character in purple and the background in a yellow so it really poped. 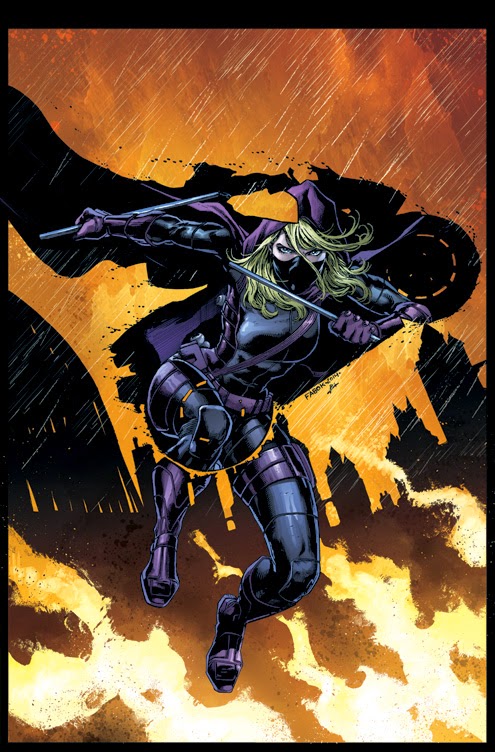 Art is for sale HERE


Batman Year by Year follows the DC Comics Super Hero from his 1939 beginnings as a crime-fighting vigilante to his present status as a worldwide cultural icon approaching his 75th anniversary.
The book celebrates Batman's greatest stories and the writers and artists that created them. It also charts the careers of the Super Heroes and super-villains — Robin, the Justice League, the Joker, Catwoman — associated with Gotham City's Dark Knight. The debuts of every key Batman character are featured, as well as some details of Batman movie and TV series, both live-action and animated.
Perfect for any comic book fan, this visually stunning, definitive guide arrives in a slipcase featuring specially commissioned artwork by a top DC Comics artist plus two original prints. 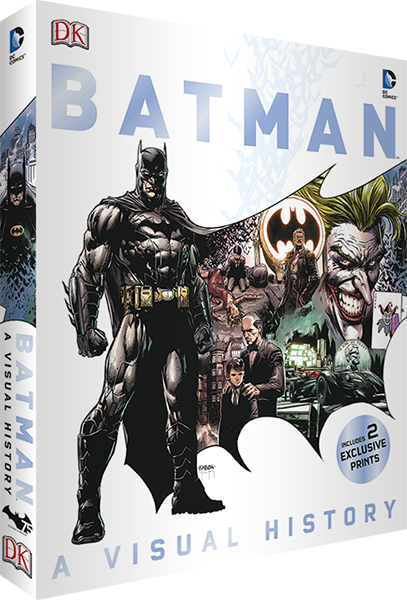 I'll post the full artwork once DK reveals the entire cover!
Wrap around cover by Myself with colors by Tomeu Morey﻿.

Batman pinup I forgot that I had laying around.  Illustrated this piece to play around with some inking techniques. 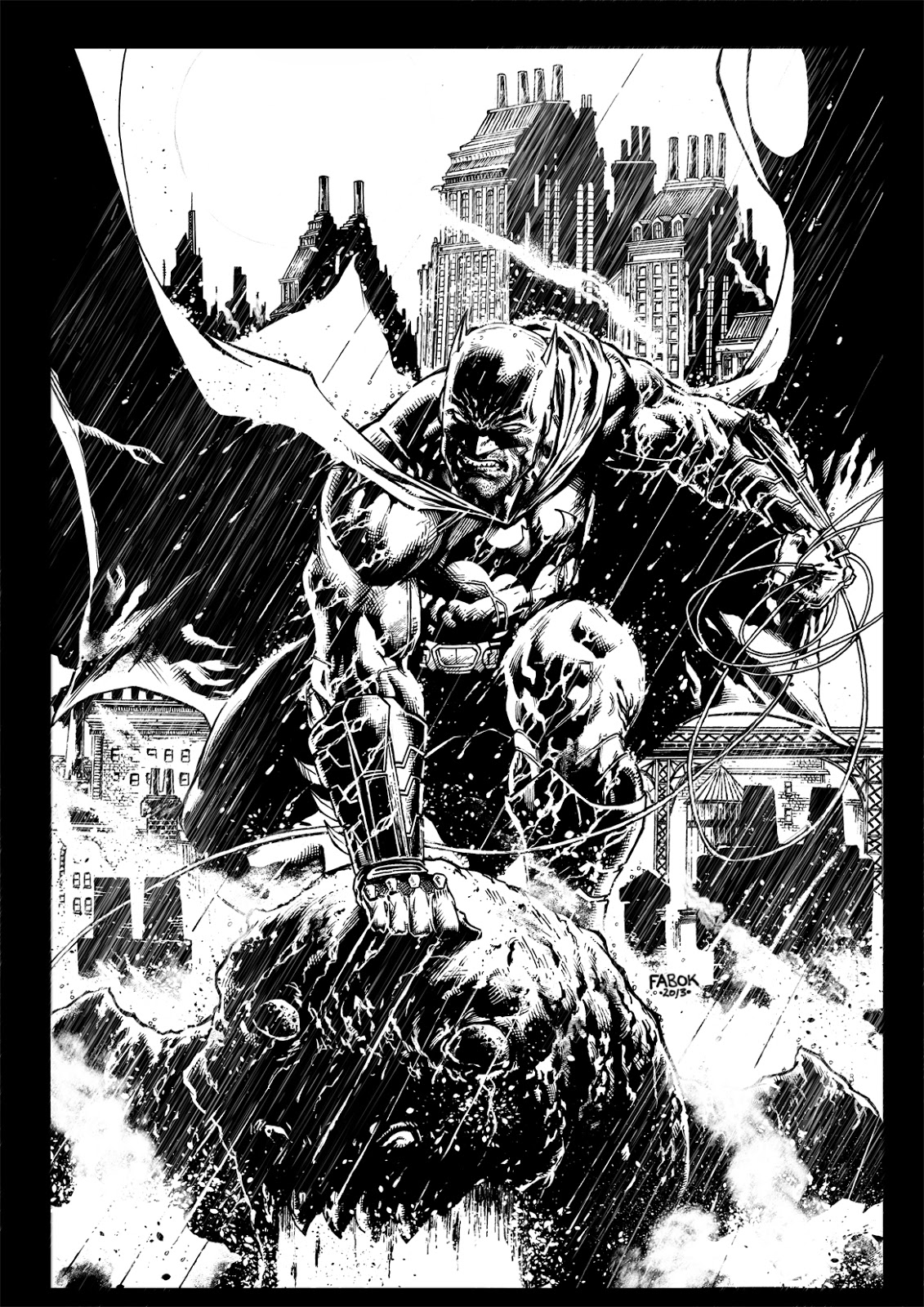